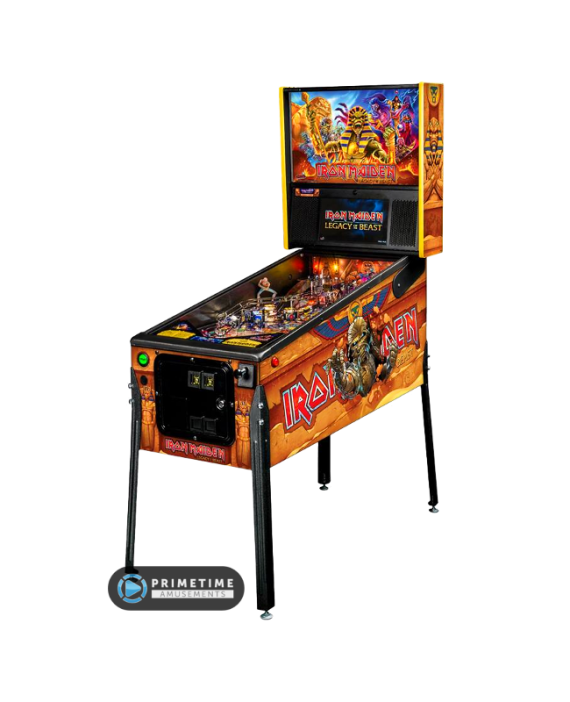 Joining with the likes of AC/DC, Aerosmith, KISS, Metallica, and others, Stern Pinball has added British heavy metal band Iron Maiden to their list of classic rock band themed pinball machines. Like their other games, if you want more than what the Pro models have to offer, there is the Premium model to consider!

Designed by newcomer Keith Elwin and artwork drawn by Jeremy “Zombie Yeti” Packer (check out his portfolio of artwork here), this is a table that captures the essence of what makes Iron Maiden a beloved band. Led by the band’s “mascot” Eddie, the game blasts 12 Iron Maiden classics through it’s sound system, including: Aces High; 2 Minutes to Midnight; The Trooper; Wasted Years; Can I Play With Madness; Number of the Beast; Run to the Hills; Powerslave; Hallowed Be Thy Name; Flight of Icarus; Rime of the Ancient Mariner and Fear of the Dark.

Check out this Stern made teaser trailer for the Premium & LE versions of the game.

In fact, players ‘become’ Eddie when they start, embarking on an epic quest to defeat the Beast and his minions across the Legacy of the Beast mobile game and the comic book world. The Pro model of the game features four flippers, three metal ramps (no plastic!), a 3-bank drop target, three pop-bumpers, two spinners and plenty of modes to keep players coming back for more.

– Artwork created by the talented Jeremy Packer, aka “Zombie Yeti”

– Quality 3-channel sound system for producing the music with clarity