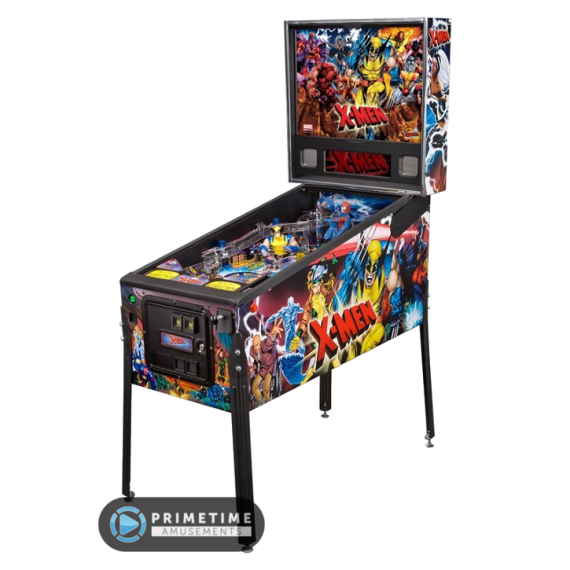 It was also produced in two LE models, Wolverine and Magneto Editions.

– Red dot matrix display in the backbox for animations, scoring and info

– This game was also produced in two LE models

– Stern’s X-Men Pinball is no longer produced, having been released in 2012. Please call us about availability. All used models pass through PrimeTime Amusement’s “Certified Pre-Owned” program, which guarantees that the game will be completely refurbished and ready to operate upon arrival.