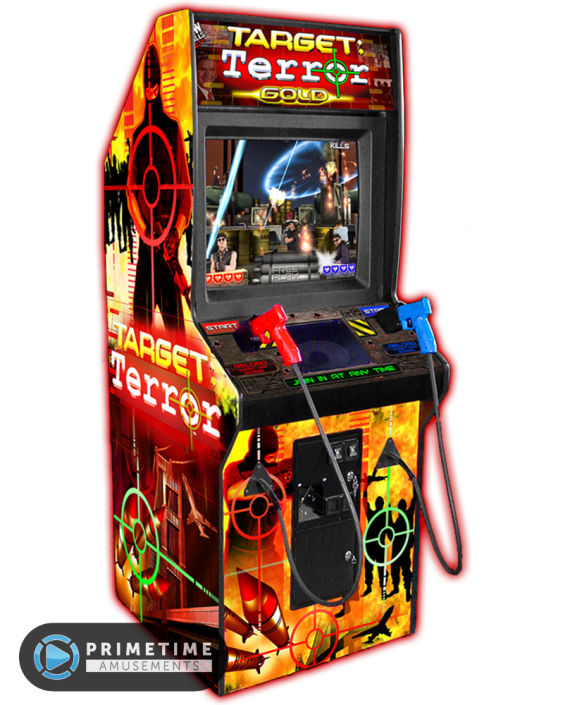 PLEASE CALL FOR PRICING AND AVAILABILITY

Stop the evil terrorists in this exciting and tongue-in-cheek game by Raw Thrills. This was Raw Thrills’ first video game after the company was founded to fill in a void left by the closure of Midway and Atari Games around 2002.

Target: Terror challenges the player to defeat the terrorists who have taken over the Golden Gate Bridge, the Los Alamos nuclear facility and the Denver International Airport. Success in these missions will lead you to the final mission – The Hijacking. Stop the hijacked airliner before the terrorists are able to use it to destroy the White House.

This game was designed for 1-2 players. During each attack, you must not only defeat the bad guys but you also need to save innocent civilians and Officials who are targets of the terrorists.

This game was also produced in a Showcase cabinet

– As Target: Terror is no longer in production, it is only available as a “Certified Pre-Owned” refurbished game. This means that before we ship the game to you, our experienced technical staff will go through the game to ensure that all components are in top working condition. Buy or rent from Primetime Amusements with peace of mind!