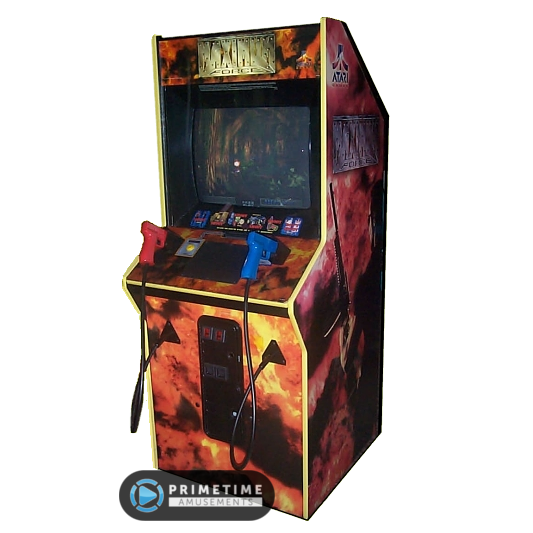 If you thought that Area 51 was great, then get ready  for even more explosive action with Maximum Force by Atari Games!

Maximium force was released both as a dedicated cabinet, a kit and a Duo Kit that featured both Maximum Force and Area 51.

– Not available for any modern home console

– Operates on the same CoJag hardware system as Area 51; DuoKits may also be available

– Similar graphics to Area 51 with pre-rendered and digitized sprites

– Original dedicated models were produced in a 25″ upright and a 39″ showcase model. Call about availability.

– Atari Games’s Maximum Force is no longer produced, having been released in 1997. Please call us about availability. All used models pass through PrimeTime Amusement’s “Certified Pre-Owned” program, which guarantees that the game will be completely refurbished and ready to operate upon arrival.