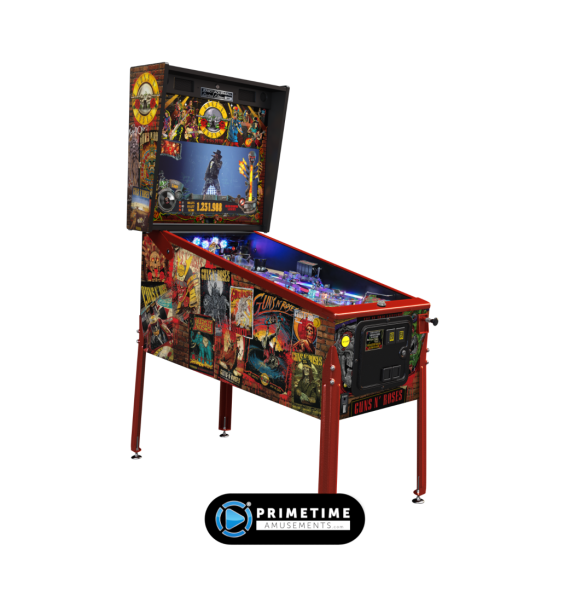 Guns N’ Roses: Not In This Lifetime [Limited]

Join the “most dangerous band in the world” in the latest work from the minds at Jersey Jack Pinball – Guns N’ Roses: Not In This Lifetime.

In this title, you go on a high-energy world tour, taking the band’s act to the far reaches of the globe, enjoying Guns N’ Roses’ greatest hits along the way. The machine is available in three unique models, with this listing representing the Limited Edition [LE] of the game. This comes with more features than found in the Standard Edition of the game, while coming in with a little less than the Collector’s Edition (and for a lower price).

– Also available in a Standard Edition or Collector’s Edition