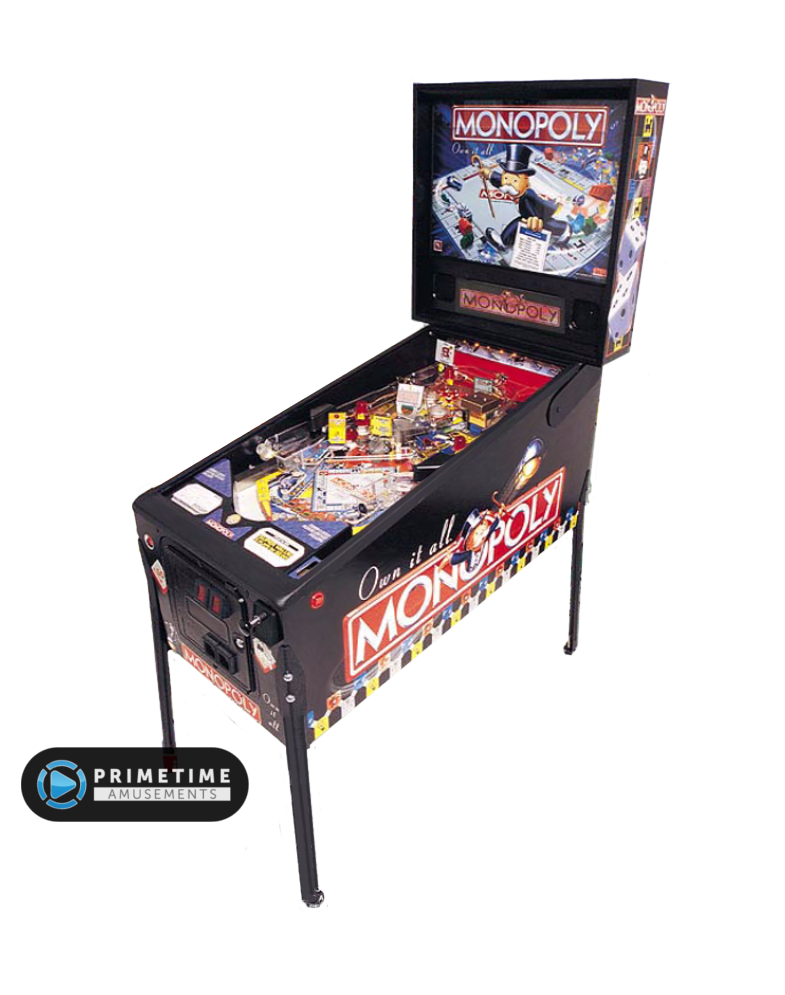 If you ever wanted to experience the best-selling board game of all-time as a pinball game, then Stern’s MONOPOLY has you covered!

Everybody knows the Monopoly board game when they approach this machine, making it an easy fit for pinball. This game was designed by legendary pinball designer Pat Lawlor (Twilight Zone, The Addams Family, FunHouse, many others). The playfield represents a MONOPOLY game board and your goal as the player is to move your piece around that board, collecting properties in the process. Pass GO and open up the multiball mode to quickly rack up millions (in points).

Some of the MONOPOLY pinball machine’s classic features include: an Electric Company billboard, a bi-directional, rotating mini-flipper in the Water Works, and a Ride on the Railroad ramp. Also, you can take a lesson from MR. MONOPOLY and break the Bank, start the cash grab, and shoot the upper ramps for big MONOPOLY points.

– Playfield features a Monopoly game board

– Four flipper game with two additional flippers on the right

– Multiple ramps to shoot at for an exciting game flow

– Open the bank door and get the CASH GRAB mode

– Stern’s Monopoly Pinball is no longer produced, having been released in 2003. Please call us about availability. All used models pass through PrimeTime Amusement’s “Certified Pre-Owned” program, which guarantees that the game will be completely refurbished and ready to operate upon arrival.