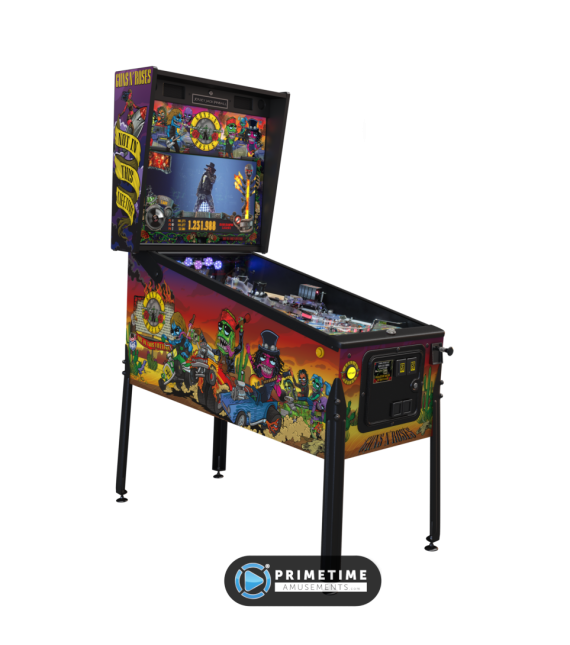 Guns N’ Roses: Not In This Lifetime [Standard]

Join the “most dangerous band in the world” in the latest work from the minds at Jersey Jack Pinball – Guns N’ Roses: Not In This Lifetime.

In this title, you go on a high-energy world tour, taking the band’s act to the far reaches of the globe, enjoying Guns N’ Roses’ greatest hits along the way. The machine is available in three unique models, with this listing representing the Standard Edition of the game. While this version comes with fewer features than the Limited and Collector’s Edition models, it still is a great machine that will earn for your business, or make for a headlining piece in your home game room.