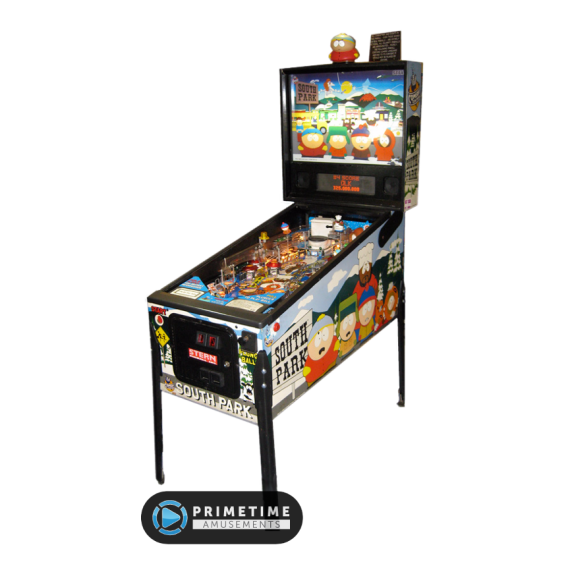 As fun and wacky as the cartoon it’s modeled after, South Park the Pinball game is a must have for any pinball or South Park Fan.

The game features custom voices from the show, a hilarious soundtrack and tons of fun multi-ball play! All of your favorite characters from the show are represented in one fashion or another including 3D models of Kenny, Cartman, Kyle, Stan and Chef. An interactive toilet is also found in the upper left hand corner of the playfield.

Just make sure not to kill Kenny…

– Based upon the popular adult cartoon

– Powered by the Sega/Stern Whitestar platform

– Sega/Stern’s South Park pinball is no longer produced, having been released in 1999. Please call us about availability. All used models pass through PrimeTime Amusement’s “Certified Pre-Owned” program, which guarantees that the game will be completely refurbished and ready to operate upon arrival.