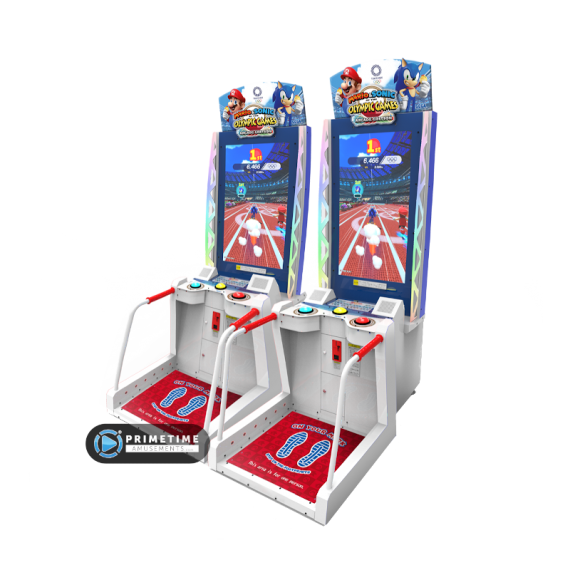 The Summer Olympics are upon us again, and what better way to celebrate the world’s oldest and most revered competitive event than with a second entry in the Mario & Sonic Olympic series by Sega?

Like it’s predecessor, Mario & Sonic At The Olympic Games Tokyo 2020 Arcade Edition takes players into the exciting world of Nintendo and Sega, allowing them to experience the events of the Olympic games as one of their favorite gaming characters. The full roster: Mario, Sonic, Luigi, Amy, Tails, Knuckles, Dr. Eggman, Shadow, Yoshi, Wario, Bowser, and Princess Peach.

There are twelve Olympic Sporting events to compete in, including four “retro 2D events” that represent the Tokyo 1964 Olympics: 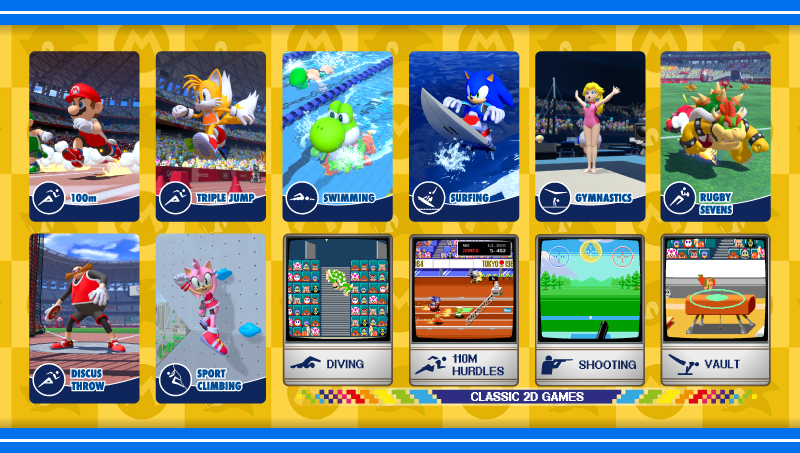 While the new 2020 models feature a similar design to the 2016 ones, Sega has improved on the design to increase reliability. Gone are the large and unusual joysticks; in their place are large arcade buttons. The footpad is still present, used in running and jumping sequences. Each event has been tailored to these new controls, maximizing playability and fun. Link multiple cabinets together and really get your customers into the game!

– An arcade exclusive redesign of the same game that was released to the Nintendo Switch in Oct. 2019

– Play as some of the most recognized video game characters in the world – Super Mario Bros. (Nintendo) & Sonic The Hedgehog (Sega)!

– Link up to four units

– NOTE: These are available as individual units. Pricing and dimensions are for single.