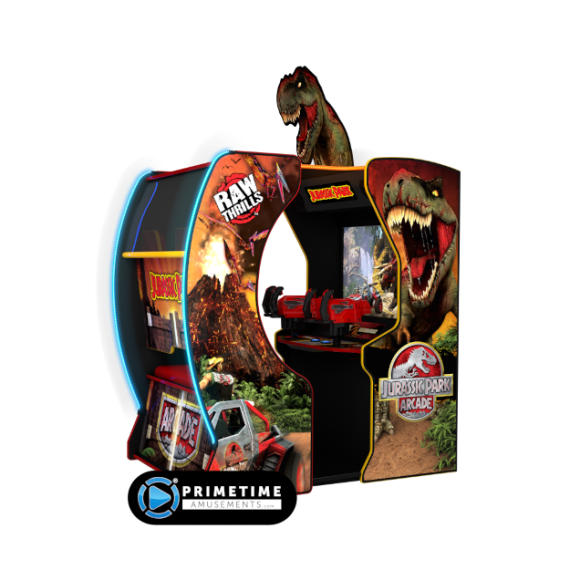 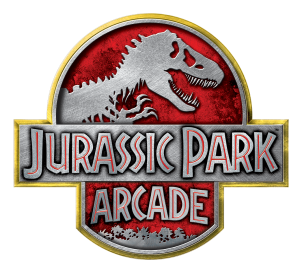 It’s not just wars in space or epic super hero battles that grab all of the cinematic attention these days, those extinct reptiles still manage to capture imaginations all across the world. Now you can have all of the excitement of the arcade-hit in your home with Jurassic Park Arcade Pro, but Raw Thrills & ICE!

This 2020/2021 Home Model comes with the same software found at the arcade, but with a slightly smaller cabinet package. Aside from smaller overall dimensions, it also comes with a smaller screen and bench seating instead of individual seats – but that doesn’t make each play experience any less exciting! The recoil controls and sound system are the same, providing for an arcade-perfect experience.

Check out the full-sized arcade version, as filmed at a previous tradeshow event.

The arcade version originally launched in March 2015, while this Pro model launched in January of 2021; Ever since the commercial version hit the market, it has been the #1 video game in the industry, outlasting many other gun games that have come and gone since. Don’t miss out on this opportunity to have one in your home!

– A special edition of the arcade hit, made just for homes – this one is not coming to consoles or phones!

– Capitalizes on the timeless popularity of dinosaurs, boosted with the powerhouse Jurassic Park license

– Bench seating with a subwoofer under the seat

Want to see Jurassic Park Arcade in person? You can find it at the PrimeTime Arcade inside the X-Treme Action Park in Ft. Lauderdale, FL!