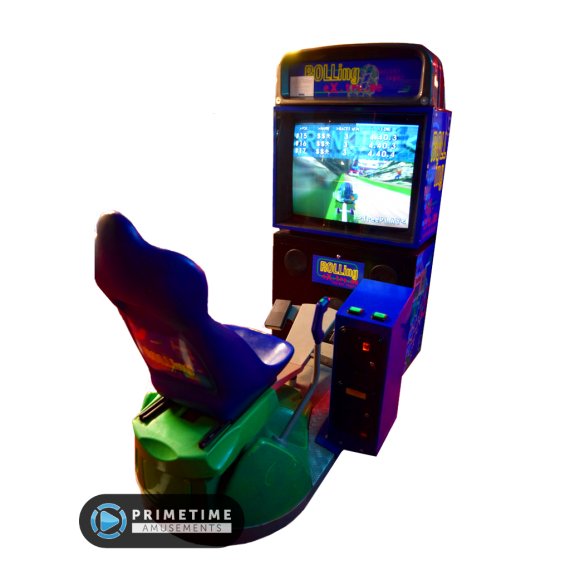 Rolling Extreme by Gaelco is an exciting arcade simulator that takes the popular Olympic sport of the luge and gives it a street twist!

No other game on the modern market offers quite the experience that Rolling Extreme does, since those are focused on motorized vehicules.  After you coin up to play, choose from one of four characters then compete against several opponents on one of three intense circuits! The deluxe cabinet design allows you to feel like you are manning a street luge board and you can even attack opponents with the punch ability!

– Exclusive to arcades – NEVER ported to a home console device!

– Leaning and joystick controls inject more realism into each race

– Four characters to choose from and three tracks to race

– 3D graphics are displayed on the huge 38″ CRT monitor; ask about upgrading to a modern LCD replacement!

– Gaelco’s Rolling Extreme is no longer produced, having been released in 1999. Please call us about availability. All used models pass through PrimeTime Amusement’s “Certified Pre-Owned” program, which guarantees that the game will be completely refurbished and ready to operate upon arrival.