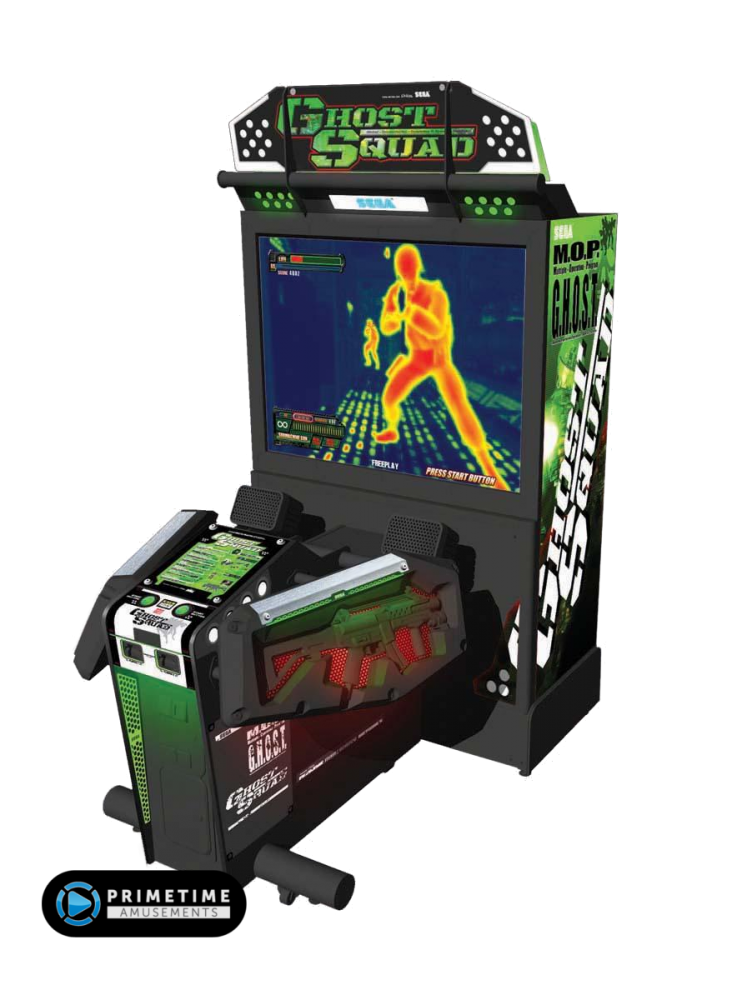 “When the military can’t, Ghost Squad can.”

Join the elite special operations force known as Ghost Squad as you take the fight directly to terrorists in this popular light-gun arcade title by Sega. The game comes with a detailed “sub-machinegun” force feedback controller that players use to eliminate each threat. It includes a shot selector (single shot or three-round burst fire) and an action button for certain events. With missions spanning across three levels, the ability to choose your route, mini events to use spec ops hardware and an IC card saving system (cards are no longer produced), players have many reasons to come back to Ghost Squad over and over again.

– 50″ projection screen leaves a big impression on customers (ask about conversion to a modern LCD monitor!)

– Select your route across 3 nail-biting missions

– Sega’s Ghost Squad is no longer produced, having been released in 2004. Please call us about availability. All used models pass through PrimeTime Amusement’s “Certified Pre-Owned” program, which guarantees that the game will be completely refurbished and ready to operate upon arrival.