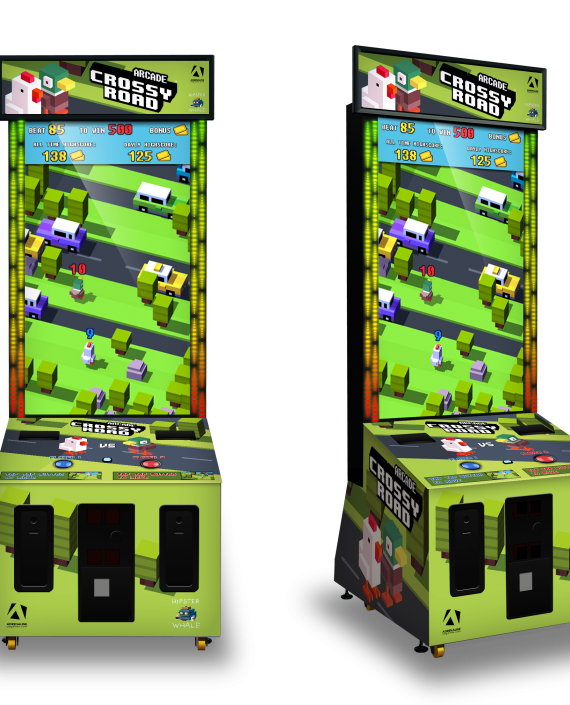 Enjoy one of today’s most popular mobile apps at the arcade!

Based upon the hugely popular mobile game Crossy Road, the arcade version has made a few changes so that the game works better for any entertainment facility. A second player has been added so that you can compete with a friend to see who can hop along the furthest! The controls have also been simplified down to a single button (players in-game characters will automatically move around objects that get in the way). With all of this on a giant 65″ HD screen, players will want to experience this twist on Crossy Road that they can’t get on their phones!

Check out Crossy Road Arcade in action from IAAPA 2015

– Based on the popular Crossy Road mobile game license

– Similar to the classic Frogger in game style – jump along the road avoiding traffic and other obstacles!

– Large 65″ screen is vertically oriented, much like a phone or tablet screen

– Bright and colorful cabinet towers over the competition

Want to see Crossy Road Arcade in person? You can find it at the PrimeTime Arcade inside the X-Treme Action Park in Ft. Lauderdale, FL!