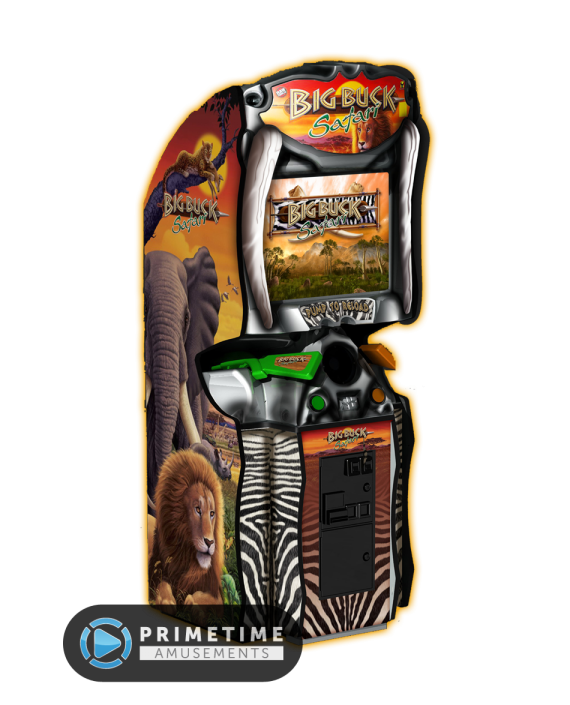 Big Buck Safari marked the beginning of the modern style of Big Buck Hunter games, introducing various new aspects from high quality visuals to the addition of Trophy Animals that are a challenge to hit. the game also focuses entirely on wild game found across various regions of Africa. Otherwise it kept intact the same great gameplay that made it’s predecessors so popular on the bar and arcade market.

There are five animals to hunt in Big Buck Safari – Gemsbok, Kudu, Sable, Cape Buffalo, Wildebeest. That also doesn’t include the critters and the Trophy Animals. With two guns on the cabinet, online Coin-Up connectivity for player accounts and tournaments, humorous voice-overs and skill based play, this is a great game that will earn consistently.

– Arcade Exclusive – not available on home consoles or mobile

– Also produced in a 42″ Deluxe model