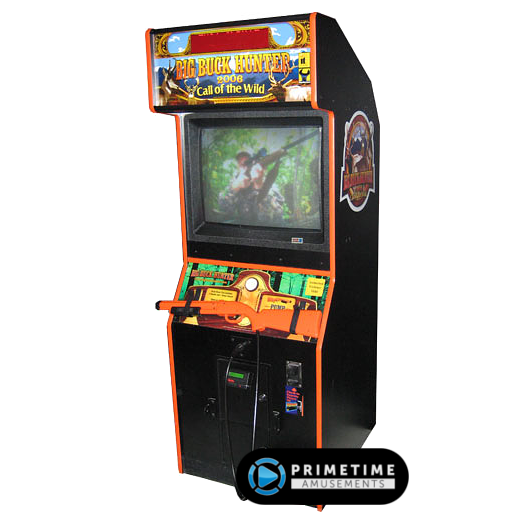 Released as an update to the popular Big Buck Hunter II, Big Buck Hunter 2006: Call of the Wild introduced various features to the series that are still a part of the latest Big Buck games today.

The Call of the Wild update added Two New Hunting Regions (including the Midwest and the Southwest), new game such as Antelope, an expanded hunt club, and offered Bonus Only mode for the first time. The game features a single pump-to-reload shotgun and allows up to 4 players to enjoy the game by taking turns. This was the last version of the Big Buck Hunter series to be released through Incredible Technologies; with the release of Big Buck Safari in 2007, the series moved over to production under Raw Thrills where it has remained since.

– Uses a single pump-action shotgun to control the action

– Play Mechanix’s Big Buck Hunter 2006 is no longer produced, having been released in 2006. Please call us about availability. All used models pass through PrimeTime Amusement’s “Certified Pre-Owned” program, which guarantees that the game will be completely refurbished and ready to operate upon arrival.