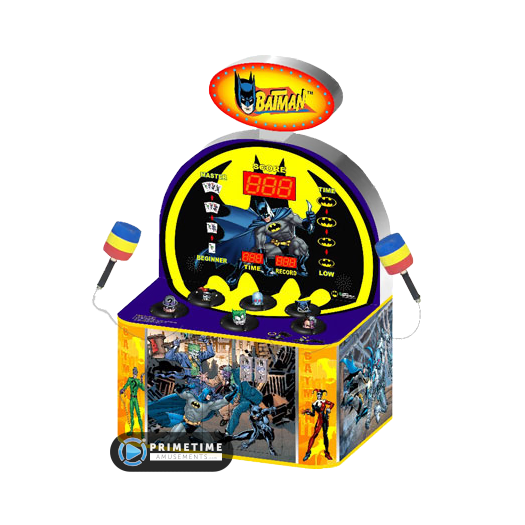 Coastal Amusements’ BATMAN whacker machine provides that timeless arcade whacking gameplay, but with a unique, licensed theme that is recognizable anywhere in the world. Instead of moles that pop-up to whack, players will pounce on one of six BATMAN villains: Mr. Freeze, Harley Quinn, Two-Face, Catwoman, The Riddler, and The Joker. The game shows time remaining, your current score and the record score for the day, while also ranking overall play performance between Beginner and Master.

– This game is no longer be available new, having been released in 2008. All used games that we sell carry our “Certified Pre-Owned” seal of approval which means that we will carefully and professionally refurbish the game to reach like-new standards. This ensures that you are receiving a top quality game with every purchase!