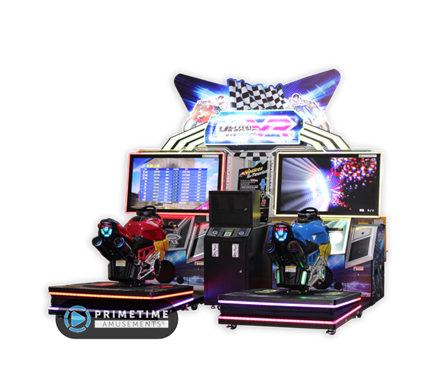 When it comes to video games, Virtual Reality (VR) has been around for quite some time, with varying degrees of success. Most past attempts at making VR go mainstream have resulted in failure, but thanks to a big push from a variety of hardware and software development producers it appears that the revolutionary technology is here to stay. Furthermore, as time passes, this platform only gets more advanced and complex. However, this tech stills comes at a price, and while it’s still prohibitively expensive for all but the most committed gamers, there are some developers that are experimenting with VR to create truly unique experiences for their users.

One of such developers is Universal Space, better known as “UNIS.” UNIS is a designer, manufacturer, and seller of many different types of arcade games and amusements, as well as the creator of several unique games. While this company has a sturdy lineup of more traditional machines such as alley bowlers, basketball games, and a whole slew of redemption games, they also have a line of unique titles, including the Crazy-Taxi-inspired Crazy Ride, which we wrote about a few weeks back. For today’s blog, we are highlighting one of UNIS’ many VR efforts with Ultra Moto VR, their unique take of a motorcycle racing game with VR support and a bunch of other features to maximize the player’s immersion.

Now, while the main gameplay of this upcoming title is really nothing new (racing games are a dime a dozen), the VR aspect is sure to shake things up for the user as there are only a handful of titles that seamlessly integrate the technology into their gameplay. However, that’s not to say Ultra Moto doesn’t have its fair share of content to keep the gameplay fresh at every turn.

Without further ado, let’s dive in and see what this awesome upcoming title has to offer.

Ultra Moto VR, as its name implies, is a motorcycle racing game. According to information from Arcade Heroes, the cabinet itself comes as a twin set where up to four machines (8 bikes) can be connected. From the trailer, we can glean that this game will throw players into many stages, all laden with different hazards and obstacles, including several “dynamic events” such as T-Rex dinosaurs tearing up the track, or large monsters causing a ruckus. Once started, the player will be able to choose from a whopping 24 different tracks, which is a ton; even more so considering that most arcade games don’t have as many stages.

Alongside the vast catalog of stages, Ultra Moto will also feature 24 different bike customizations in the form of custom paint jobs, as well as a part upgrade system through which players can increase the power and performance of their motorcycles. However, the selling point here is, without a doubt, the immersion features including the VR support, as well as the wide slew of elements built into the machine.

According to Arcade Heroes, some of these additional perks include a large bass vibration speaker in front of each bike that accentuates the force of the bike as it careens down the track, as well as an air blower that blasts players with gusts of air during gameplay. This last feature is particularly great since Ultra Moto has a slipstream feature that allows you to develop more speed as you catch the stream behind other vehicles. We’re excited to see how the air blower interacts with the gameplay as the player catches a slipstream.

The VR headset itself is not like something you’d see at your local video store. Instead of an Oculus Rift or any other mainstream system, Ultra Moto uses a model called the 3Glasses Blubur S2, which features a 90-degree view angle, running at 90Hz, and with a response rate of only 6ms. With these numbers, this VR helmet is up there with the big fish in the market and leaves nothing to be desired. However, in a unique twist, this game doesn’t actually require you to use the VR component. Players who, for any reason, don’t want to use VR can still play using the 43” screen mounted in front of each bike.

Now, this is just a taste of what Ultra Moto has to offer. We’re sure UNIS is pulling out all the stops to bring us one awesome racing game, especially considering that it might be one of the first titles to seamlessly incorporate VR into its gameplay. Whether you want to experience the thrill of racing using this awesome technology, or simply want to enjoy playing a great racing game, we’re sure you’ll find something worth your attention with Ultra Moto VR. 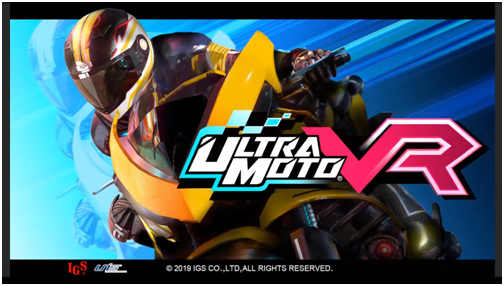