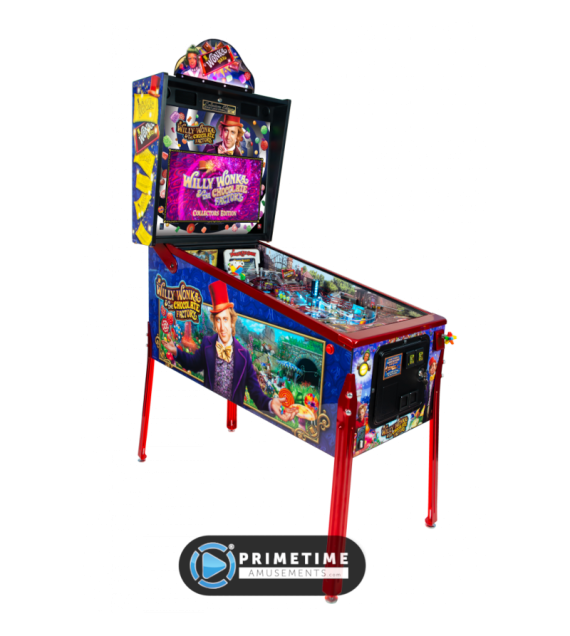 Collector’s Edition models feature everything found in the Standard and LE models, but even more to make this the ultimate in collectible pinball gaming. That includes a unique high quality art package with sparkle paint, Candy Red cabinet armor, full RGB LED lighting, a color changing game-synchronized topper, RadCals, Invisiglass, a shaker motor, a laser-cut rule card, an Everlasting Gobstopper shooter rod, four flippers, two ramps, seven magnets, interesting game modes and plenty of targets to smash and MUCH MORE! It also includes a “Wonkavator” super ball lock toy that locks a ball, then holds that over for the next game. Balls are only released from this lock once it is filled, where the lucky player who unlocks it gets to enjoy an incredible multiball experience! Click here to see the full features matrix (PNG file).

– The de facto model in the Willy Wonka series – for true Wonka collectors!

– Based upon the 1971 classic movie, Willy Wonka & The Chocolate Factory; Fully licensed from Warner Bros.