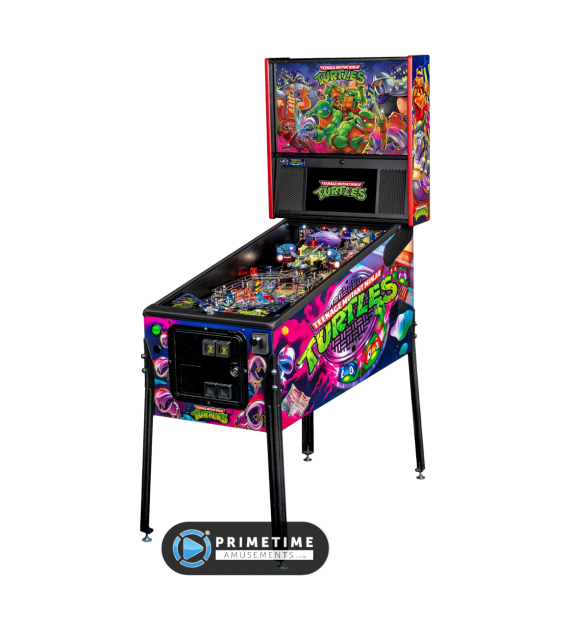 Would you like to hang out with four heroes in a half-shell who have sharped ninja skills and a penchant for pizza? You can when you grab the Teenage Mutant Ninja Turtles pinball machine by Stern Pinball. This listing is for the Premium model.

Also known as TMNT, the series has been inspiring kids and adults alike since it debuted as a comic book in 1984, then airing as a cartoon series at the end of the 1980s through the ’90s. The franchise has appeared in movie theaters, other TV shows, and comic books numerous times over the years, making it an IP that is instantly recognized anywhere you go.

For the 2020 pinball machine by Stern, the game uses the popular 1980’s cartoon as the basis for the theme.  When players begin the game, they chose from their preferred Ninja Turtle: Leonardo, Donatello, Raphael, or Michelangelo. Each turtle features their own unique features and powers, meaning that the game really changes up every time you play it!

As usual, the Premium & LE models contain more features, details and unique artwork to their respective models. Here’s footage we took of a machine:

Here’s an official run-down of features via Stern Pinball:

– Based on the hit franchise, particularly the 1987 cartoon series

– Pick your turtle, just like in the video arcade games. Different turtles have different effects 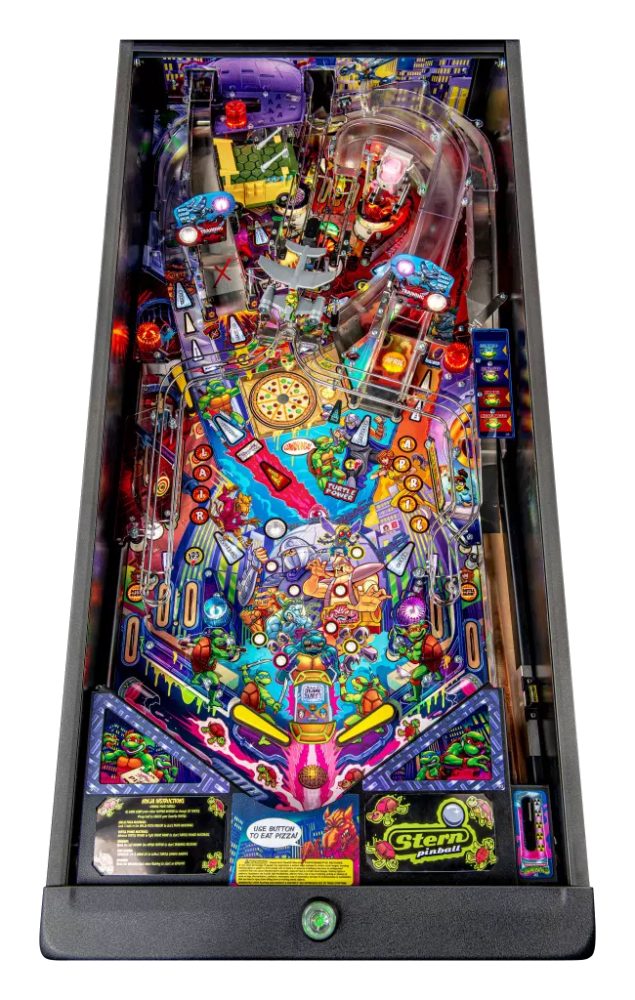 – RGB LEDs provide varied color lighting through the game, but not in any overwhelming way

– Powered by the SPIKE-2 system, which allows for various adjustments to your liking

– Spinning pizza disc w/ magnet that can capture 3 balls at a time; PREM/LE Models, it spins both ways instead of one

(Premium models are NOT limited on production numbers)