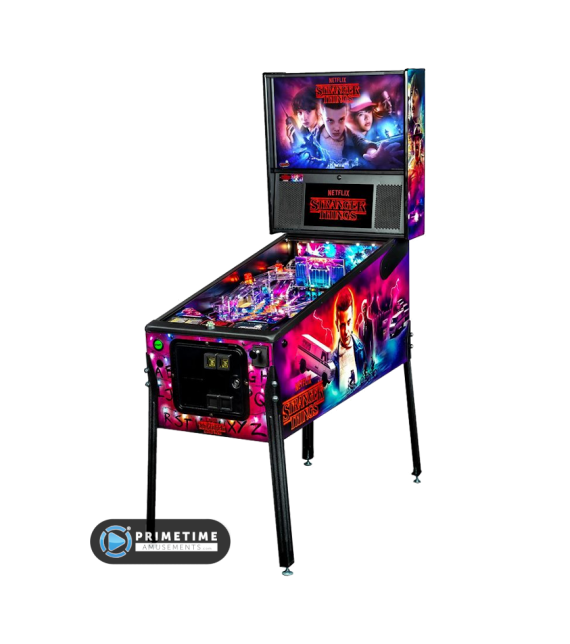 Bizarre events are happening in the town of Hawkins, IN, and it’s up to you to help unlock the mysteries while battling demonic forces in Stranger Things by Stern Pinball.

Based upon the hit Netflix TV show of the same name, Stranger Things recreates the look and the feel of the supernatural show in a way that only a pinball machine can do. A large wall representing the Hawkins National Laboratory dominates the playfield, which can be turned into a ramp as you play to reveal the terrifying Demogorgon bash toy in the back.

As you play, unlock the hidden meanings of the events in and around Hawkins as the heroes seek to help Eleven close the interdimensional gate to the Upside Down world. Hit the drop targets under the Laboratory Wall to progress; make shots on the three ramps as you also lock balls and unlock the exciting multiball modes.

Check out Stranger Things Pro from this manufacturer made Features Promo.

LIMITED TIME OFFER: All Stranger Things Pro models are participating in “The Find” as laid out in this graphic. Order now and you may be one of the lucky people to win! Only while supplies last! 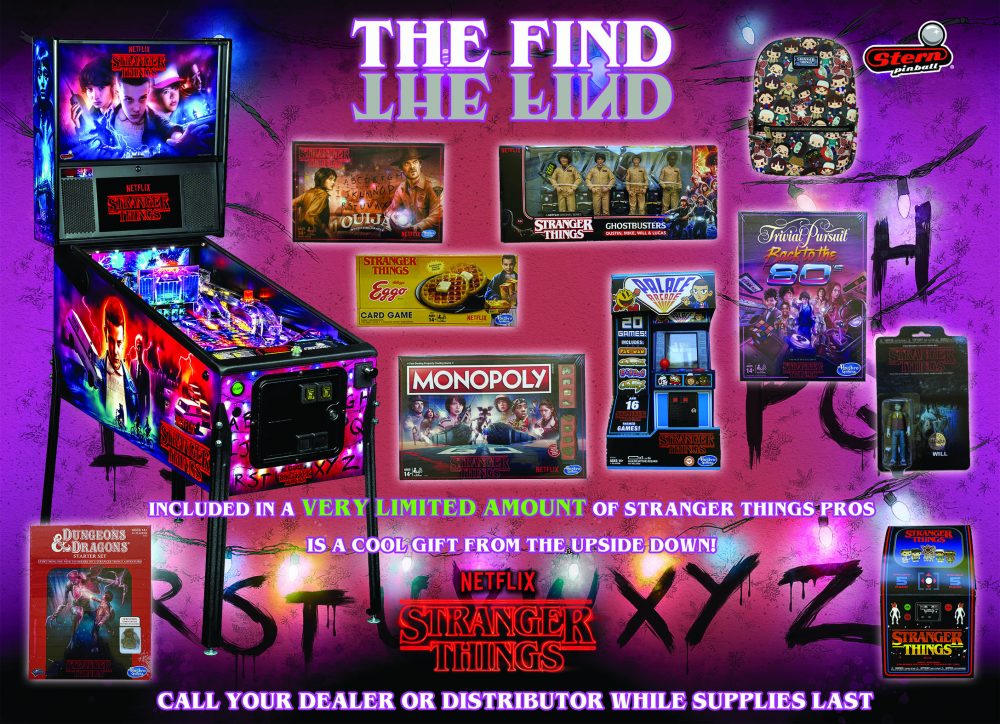 – Based upon the hit Netflix TV series of the same name

– Incorporates various elements from the show including the suspense, mystery and humor to make for a compelling game

– Comes with a standard 2-slot coin door, wired for a DBA and card swipe