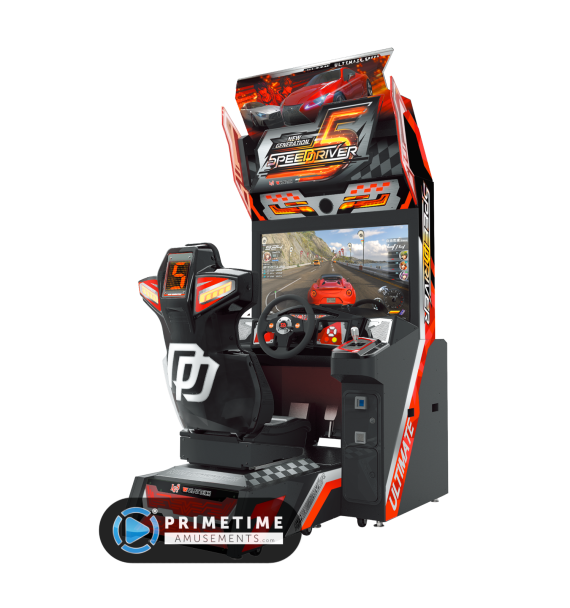 Become a speed demon in the ultimate edition of the Speed Driver series, Speed Driver 5: New Generation by IGS & Wahlap.

The Speed Driver games serve as an alternative to more technical arcade racers like InitialD and Maximum Tune.  Players choose from a number of fantasy supercars (which are based upon real-world models) to race with, which can then be modded & tuned as you build your profile. Then race across many exotic courses around the world.

Here’s a preview from our friends over at ArcadeHeroes.com.

Speed Driver 5 is the very first 4K arcade racing game, which means that it looks beautiful and can stand toe-to-toe with the latest home console games. Also where it is the 5th in the series, it combines years of development experience to present finely crafted and enjoyable gameplay. On-site, the game can be connected to the internet, where players can create a free online account for tracking their scores and progress. Login can also be handled with a smartphone using QR codes. There’s more to connecting online though – you can also race against opponents online in real-time! This makes for excellent replay value beyond the 20 tracks and tuning system.