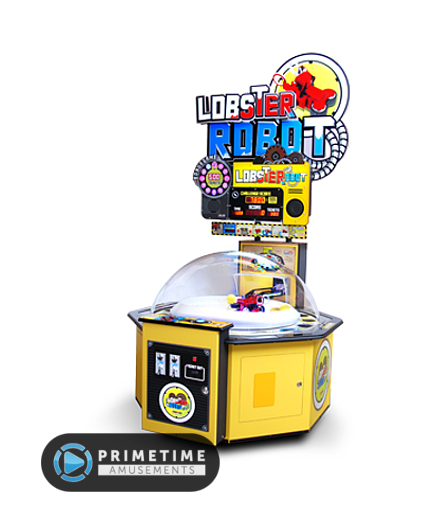 What happens when you combine redemption, robotics and sea life? Andamiro’s Lobster Robot!

In this innovative and unique game, the player controls an actual robotic lobster that is contained under the acrylic dome. When the game starts, large yellow balls are deposited onto the playfield and as the lobster, you must grab them and then move your robot over to the edge where you drop the balls into the holes around the edges. Those holes rotate, increasing the challenge! Win tickets as you play and hit enough targets to play for bonus tickets! 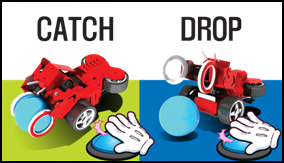 – Unlike anything else at the arcade!

– Playfield is protected by a clear acrylic plastic dome

– Robot is powered through the playfield floor; barrier prevents the unit from falling over and becoming inoperable

– Joystick controls the robot’s direction; use the large push button to catch & drop the balls

Check out an early version of Lobster Robot in action from IAAPA 2013 (release units would use a joystick instead of directional buttons):

Do you have more questions or are you ready to buy? Call our friendly sales staff for more information or email us here!