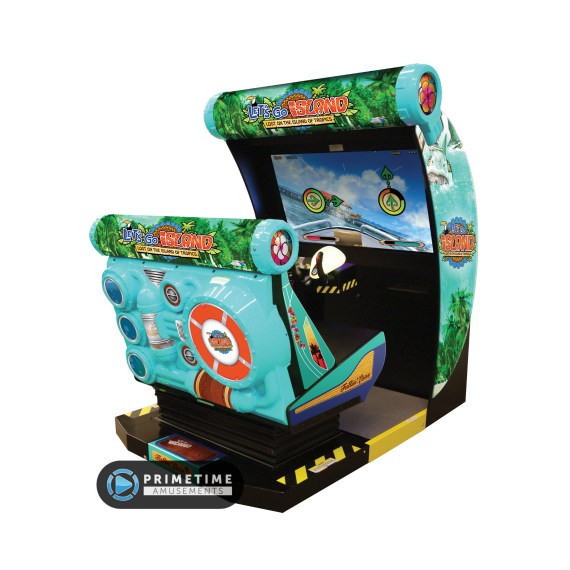 This isn’t your typical island adventure! The follow-up to the number one Sega action adventure  game ‘Let’s Go Jungle’ is back and re-imagined in this all new Dream Edition motion cabinet.

Let’s Go Island: Dream Edition takes players back to a South Pacific island. As a standard diving tour unfolds, you soon end up in trouble with dastardly and despicable pirates. Players must work together to survive everything that the island has to throw at them. With multiple paths, stages and bosses to fight through, this one packs in the replay value. 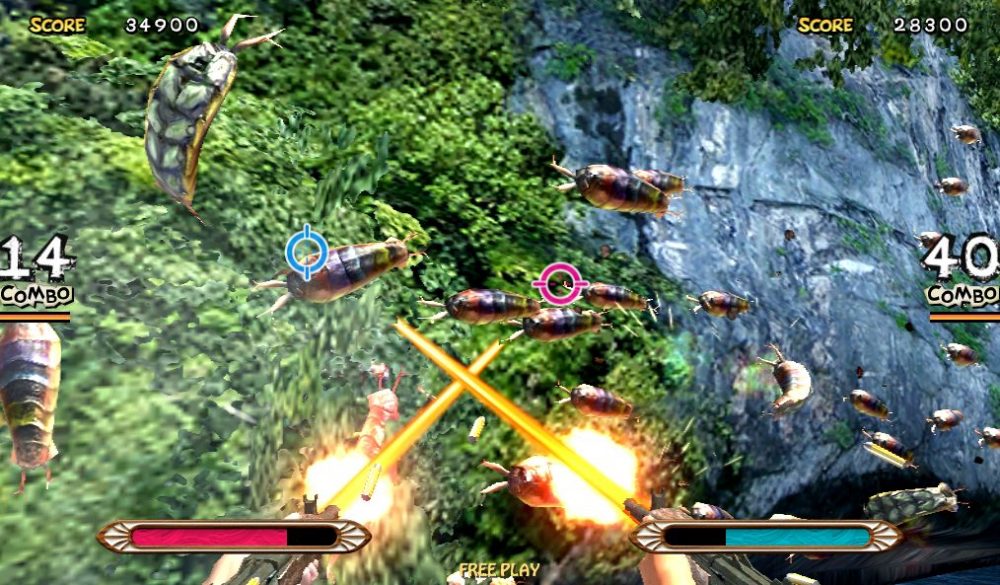 – Exclusive to arcades. Both Let’s Go Jungle and Let’s Go Island are not available on any home entertainment device
– Sequel to the smash hit Let’s Go Jungle (2006)
– Bright blue cabinet based on the same design as Sega’s Dream Raiders
– Features a special focus on Co-op play as players are rated by how well they work together along with co-op “Quick Time Events”
– Mounted gun hardware is easy to control; backlit with multi-color LEDs
– Automatic fire play – no need to reload!
– The tropical graphics are displayed on a large 55″ HD LED screen; powered by Sega’s RingWide hardware
– Motion seat + wind effects for a 4D ride experience!