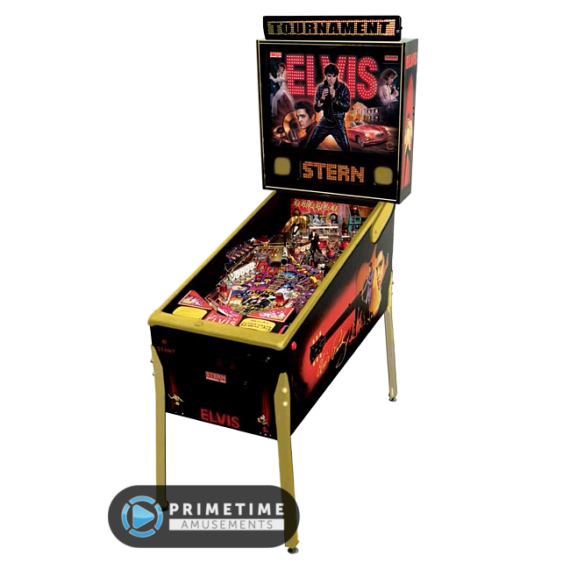 Bring the King of Rock ‘N Roll into your arcade or man cave with Elvis Pinball by Stern. This is a must have for any serious Elvis collector!

Everything about the ELVIS pinball machine is a celebration of the music, the life, and the legendary legacy of The King of Rock n’ Roll. Designed by Steve Ritchie, the game features various aspects from some of Elvis’ most famous songs including the Heartbreak Hotel upper playfield & 3rd flipper, the ‘Ain’t nothin’ but a hound Dog’ toy & target, an Elvis gift shot, a magnet and a 3D animatronic Elvis toy who dances and shakes his hips to one of the played tunes! The machine plays eight different Elvis tracks:  “See See Rider”, “Blue Suede Shoes”, All Shook Up”, “Hound Dog”, “Jailhouse Rock”, “Heartbreak Hotel”, “Don’t Be Cruel” and “Burning Love.”

ELVIS Pinball machines were produced in two models, a standard and a Limited Edition Gold model; only 500 units of the latter were ever produced, making it a tough one to come by!

Here is the rule sheet for the game: 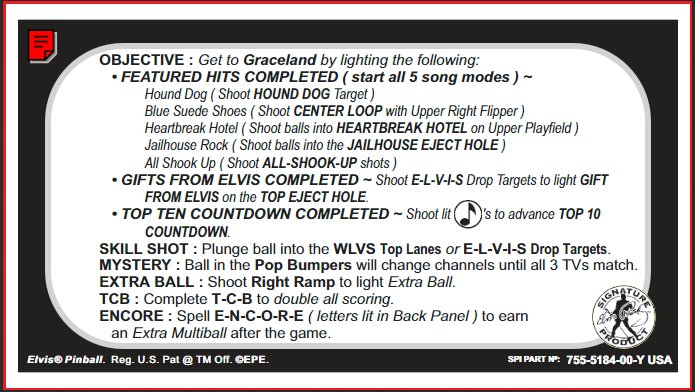 – Based on one of the most legendary and influential musicians in world history, Elvis

– Elvis artwork from various stage of the singer’s career

– Stern Pinball’s ELVIS is no longer in production, having been released in 2004. Please call us about availability. All used models pass through PrimeTime Amusement’s “Certified Pre-Owned” program, which guarantees that the game will be completely refurbished and ready to operate upon arrival. Also ask about our game rentals!