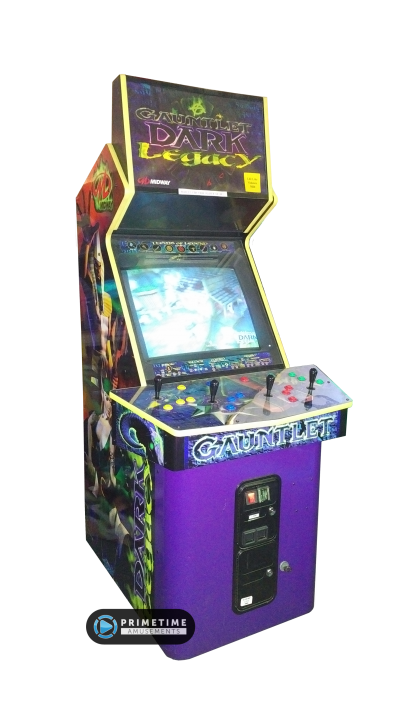 Gauntlet Dark Legacy was the final arcade outing for the beloved Gauntlet series by Atari Games. Produced under the Midway Games label, it was a major upgrade to Gauntlet Legends that was released by Atari Games in 1998.

The story to Gauntlet Dark Legacy is as follows:

“In ancient times, the evil mage-wizard Garm uses the thirteen magical runestones to summon the evil demon, Scorne. Unfortunately, he was betrayed. Scorne imprisoned Garm in the Underworld and scattered the thirteen Runestones across the eight realms so they might never be used against him. Now, after being summoned by a man named Summoner, you must re-gather the Runestones as either the Warrior, Wizard, Valkerie, Sorceress, Jester, Dwarf, Knight, or Archer.” 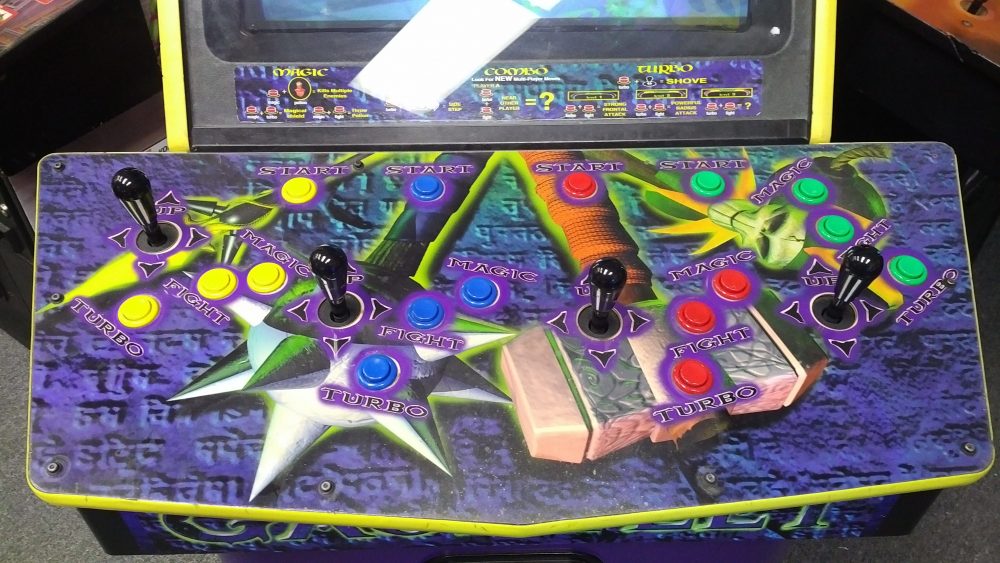 With support for up to 4-players, join in the valiant quest for the Runestones. This great game provides adventure and RPG action to arcades, a genre that is fairly underrepresented in the business. Just like the Gauntlet arcade game from the 80s, creatures will continuously spawn from generators until you destroy them and in each level you need to reach the exit. A variety of power-ups are found along the way, as are treasures like gold & jewels. Destroy secret walls for uncovering new paths and areas; in some cases bonus rounds! Battle enormous bosses such as a fire-breathing dragon. Level up your characters to level 99, upgrading their strength, speed, magic or armor. Thanks to the local profile saving system, you can track your progress with each character!

REFURBISHED STOCK: 6/17/21! – A Gauntlet Dark Legacy unit is currently available from a PrimeTime operated location in Florida. Each will go through our Certified Pre-Owned refurbishing program before shipping to you. Please call for pricing and lead time.

– The final arcade chapter in the popular Gauntlet series

– 1-4 player co-op; work together in your quest to collect the Runestones

– Audio messages guide new players as they learn how to play

– Designed for a high resolution 27″ CRT monitor; please ask about our LCD conversions!

– Each player is controlled by a 49-way analog joystick & 3 buttons (Magic, Fight & Turbo)

– Atari’s Gauntlet Legends is no longer produced, having been released in 1999. Please call us about availability. All used models pass through PrimeTime Amusement’s “Certified Pre-Owned” program, which guarantees that the game will be completely refurbished and ready to operate upon arrival.