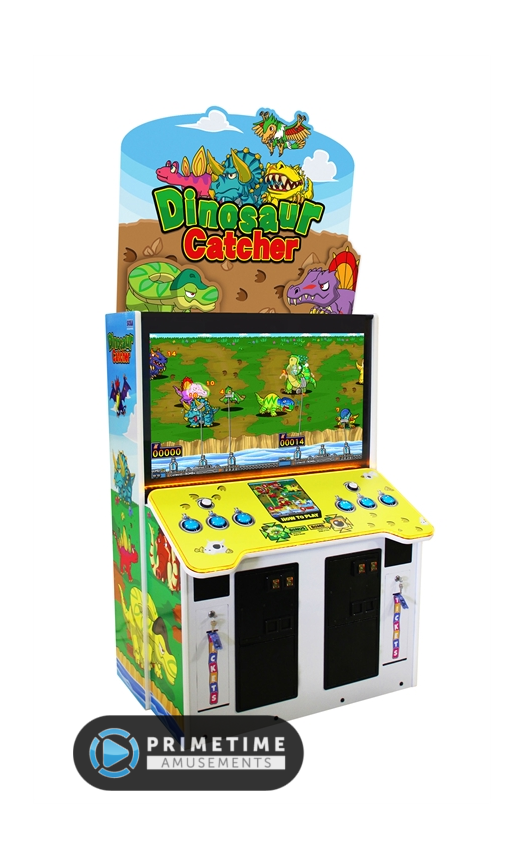 Catch dinosaurs for tickets in this fun and easy-to-play video redemption game by Sega Amusements.

With Dinosaur Catcher, the premise is similar to those ‘fishing’ games you’ve seen at the arcade before. 19 different types of dinosaurs will move across the screen at different speeds and you have three lasso cannons for capturing them. Press one of the three buttons to launch the lasso; if it captures a dinosaur, you then have to pound the button quickly to weaken them until the lasso pulls them into the water. Capture the beasts with the bigger numbers near their heads to gain the biggest ticket rewards!

Check out Dinosaur Catcher in action from IAAPA 2016

– Exclusive arcade experience that is specially designed for kids

– The colorful, family friendly graphics are displayed on a 43″ screen

– Optional bench seat available for players to sit on