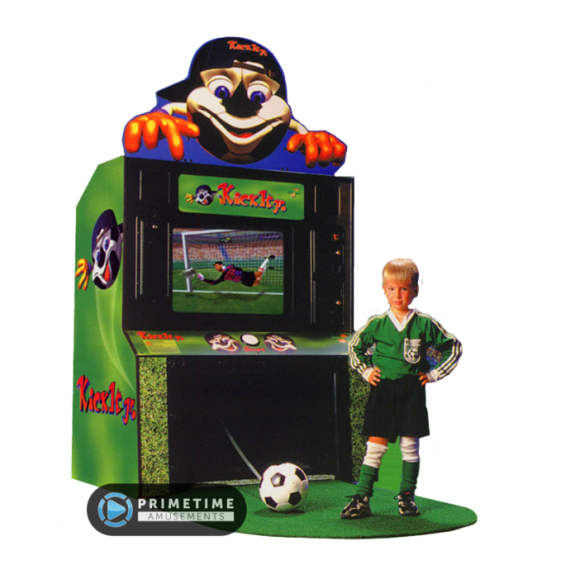 Kick It Jr. is an original concept designed by Interactive Light for the arcade market that provides goal shooting action to life!

Players instantly know what to do when they approach the game as they kick a real soccer ball attached to a tether into the patented sensor net. This new measures the speed and direction of the ball, translating it into action on the screen! A virtual goalie stands in your way, attempting to block each shots. Make enough goals for the best score or for the most tickets.

This is a smaller version of the original “Kick It” that was released about the same time; it also does not have the multiplayer feature.

What Makes The Kick-It Jr. Special?

– Skill based challenge for 1 player

– Controlled via tethered soccer ball that is kicked into the net

– Patented net sensors measure the velocity and direction of the ball, translating that to virtual action

– Interactive Light’s Kick-It Jr. is no longer in production, having been released in 2006. Please call us about availability. All used models pass through PrimeTime Amusement’s “Certified Pre-Owned” program, which guarantees that the game will be completely refurbished and ready to operate upon arrival. Also ask about our game rentals!