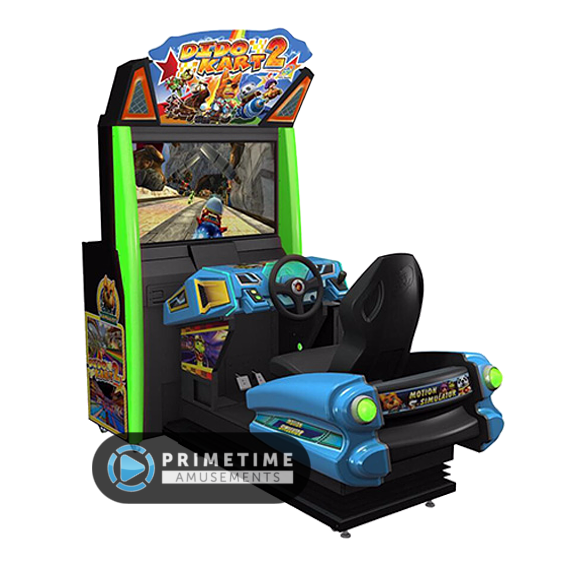 Following up on InJoy Motion’s original Dido Kart Series, Dido Kart 2 offers all of the same, cute fun while improving on the kart racing formula they used in the first game.

Dido Kart depicts cute, distinctive, and colorful animal characters as they race for a 1st place finish. This sequel utilizes high-definition graphics and more realistic physics, as well as detailed on-screen character facial expressions and vibrant force-feedback steering. What InJoy is primarily known for however is their motion bases, providing for unique motion simulation that you only find at the arcade. Dido Kart 2 was created in two formats: the MDX series with its 2-Axis interactive orthogonal motion base and the innovative AIR series, which uses several rubber air bladders to move the base around. The latter models provide the same motion effects while often cutting the cost down drastically!

– Chose from six different animal racers such as Bully Shark, Bonnie the rabbit, Armspon the panda, Speedy the gator and moore

– Link up to four units together for multiplayer battles

Check out the MDX model of Dido Kart 2 from our YouTube channel: