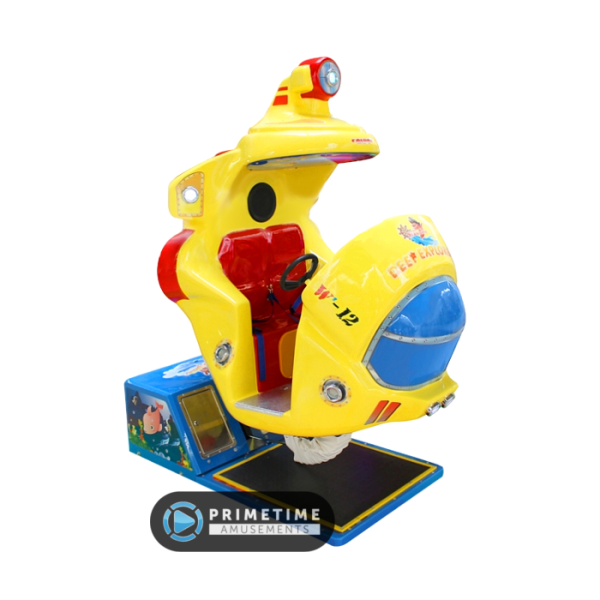 Take a journey into the mysterious blue ocean with this great looking “yellow submarine” kiddie ride. Officially designated as the Deep Explorer Submarine, this ride by Falgas is ready to discover the deep sea!

The Deep Explorer Handles up to 2 riders at a time, and features a fun mechanical lifting movement up and down during the ride time. Seat belts help keep the riders safe but helping this stand out from generic kiddie rides is the interactive video game built into the front console! Riders play a fun under-the-sea themed game designed just for kids called Submarine Adventure. Displayed on a 10.1″ LCD monitor, it challenges the players to “match, aim & catch” the sea creatures that appear on the screen. Three large buttons are on each side of the monitor that serve as the interface for play.  Also gives riders a high degree of player interactivity via the 10.1″ interactive monitor. Has striking LED lighting effects and sounds.

– Safety harness/seat belts for each seat

– 2x Steering wheels are attached to the front panel (just for amusement; do not affect the game)

– Six player buttons (red/green/blue), three on each side of the display