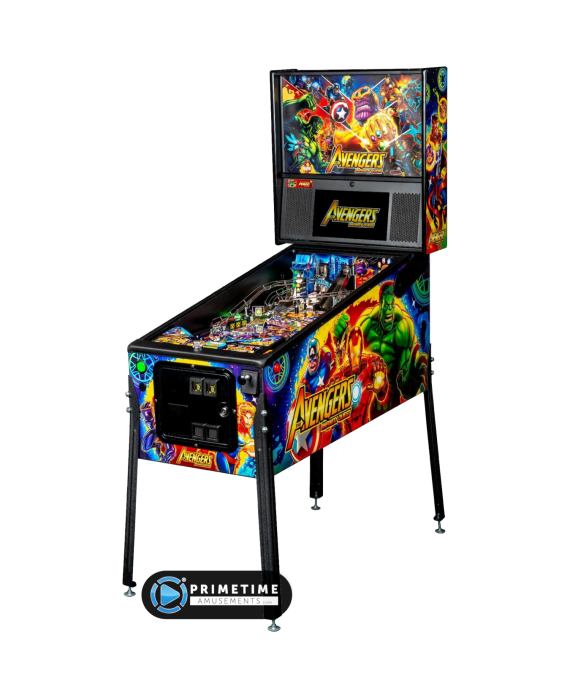 The battle for the Infinity Stones as well as the fate of the universe lies in your hands in the second Avengers pinball machine from Stern, Avengers: Infinity Quest. This listing is for the Pro model.

This game assembles the iconic Avengers as they fight to prevent the evil Thanos and his minions from gathering the Infinity Stones. The game art prominently features superheroes including: Iron Man, Captain America, The Hulk, Thor, Dr. Strange, Black Widow and more.

Check out all of the features in action from this Stern produced features trailer.

The first Avengers pinball machine was released in 2013; That is no longer produced or available. 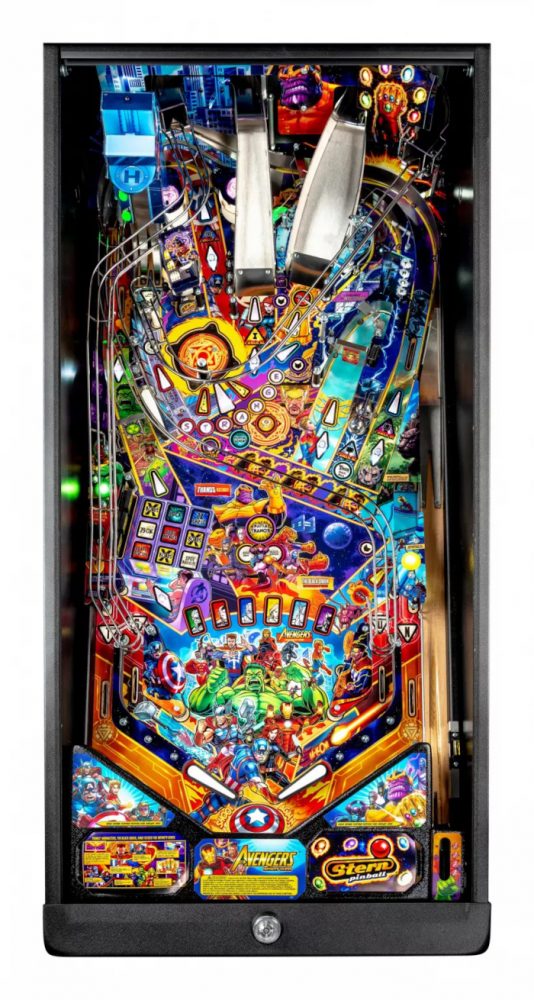 – Plenty of gameplay modes and features to keep even seasoned players coming back for more.

Official accessories that are available from Stern for any of the models.