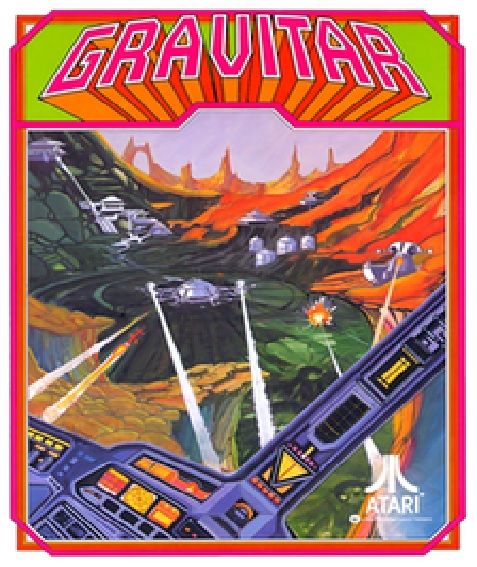 Another month has passed, and so it’s time for another issue of “Getting Good!”

We’ve referenced many space shooters since the beginning of this series. However, given the popularity of these games back in the ‘80s and ‘90s, we’re not going to stop anytime soon.

Today, we’re going to focus on a classic that came from a major manufacturer, but ended up being fairly obscure – Gravitar. Now, if you’ve been keeping up with the blog, you might recognize this title as one of the main inspirations between the hit indie game ‘Cosmotrons’. Gravitar was a space shooter in the ‘80s that came about during a time when players craved challenging games, and Gravitar had the difficulty cranked up to 11. Developed and released by Atari in 1982, this game arrived in the midst of the genre’s peak popularity, which allowed it to capitalize on the hype. Gravitar was an evolution of Asteroids, but as the name of the game implies, gravity is one of your foes.

What is it about?

The objective of this game is to steer your ship throughout numerous solar systems, landing on certain planets, and ridding them of the hostile alien forces. You may do so by flying low over the surface and shooting at the red bunkers present on each planet. Whenever you clear a planet of enemies, the text “mission complete” will appear on the screen, and you go to the next planet to continue on your journey. Once you have cleared a solar system of all hostile forces, you can proceed to the next one. Lastly, the number of planets remains consistent throughout most of the solar systems, the third one only has 3 planets. The layout of every planet also varies per instance. 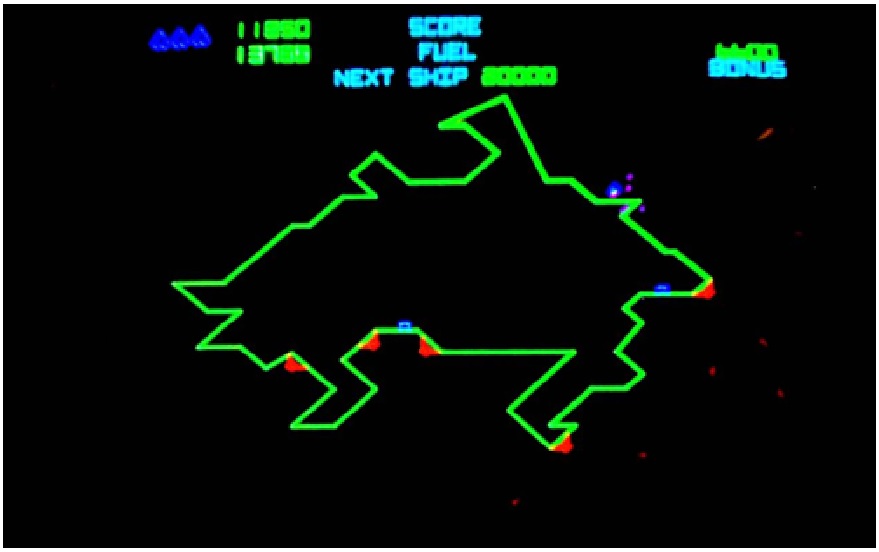 The basic concept of Gravitar is simple to grasp. However, the challenge is to clear planets while avoiding enemy fire and crashing into the landscape. Furthermore, while there are no time limits in this game, there is an element of pressure in the fuel of limited fuel. Most actions in this game require fuel, which starts out at 10,000 units. The problem with fuel is that, no matter how many lives you have left, as soon as you run out of it, it’s an instant game over. Luckily, most planets have a couple of fuel cells lying around that you can pick up using your tractor beam, and which grant around 2,500 units of fuel each.

The controls in Gravitar is simple, as the game only has 5 buttons that control most of the ship’s actions.

Like most classic arcade games, there are only a few shortcuts for getting good at Gravitar. And oftentimes, whatever shortcuts that might exist are riddled with difficulties that would make them unfeasible for all but the most skilled players. Nevertheless, here are some of the methods you can use to improve your score in this game:

Beside every planet that you can land on, you will see a number that represents the points that you will receive from clearing it of enemy bunkers. This number goes from 2,000 all the way to 8,000 points in the first solar system. From the second solar system onward, every planet will be worth 9,000 points. However, if instead of landing first on the planet worth 2,000 points, you clear any other planet, you will receive a super bonus to your score.

As we mentioned above, most stages feature 4 different planets that you must clear before proceeding. However, there’s always a fifth, larger planet in the shape of a large, red cloud with lines emanating from it. This level consists of a spiral hallway with a purple generator in the middle. You have a set amount of time to reach the center without crashing, destroying the generator, and escaping before the facility explodes. Needless to say, this is a very difficult task, which requires utmost focus and mastery over your ship. However, once you complete the mission, you will automatically advance to the next solar system, and receive a 20,000 point bonus and 7,500 units of fuel as a reward.

Thrusting and shielding take up a bit of fuel each time you press the button. While each individual press takes only a couple of units of fuel, your consumption will slowly add up with time. To keep a surplus of fuel at all times, we recommend picking up every single fuel cell on each planet that you visit. In this manner, even if you overextend your thrusters, you can still keep a decent amount of fuel through your current journey, and all the way to the twelfth solar system, after which the game resets.

In most planets, you will come across many enemy ships that will try to ram your own spacecraft. Shooting and destroying these enemies will grant you a few extra points, so you should always try to take them down. However, some enemies might prove difficult to hit due to the lay of the land. If you’re burning too much fuel trying to line up a shot, it’s better to just clear the enemy bunkers and fly away. Losing a few hundred points won’t kill you, but running out of fuel definitely will. 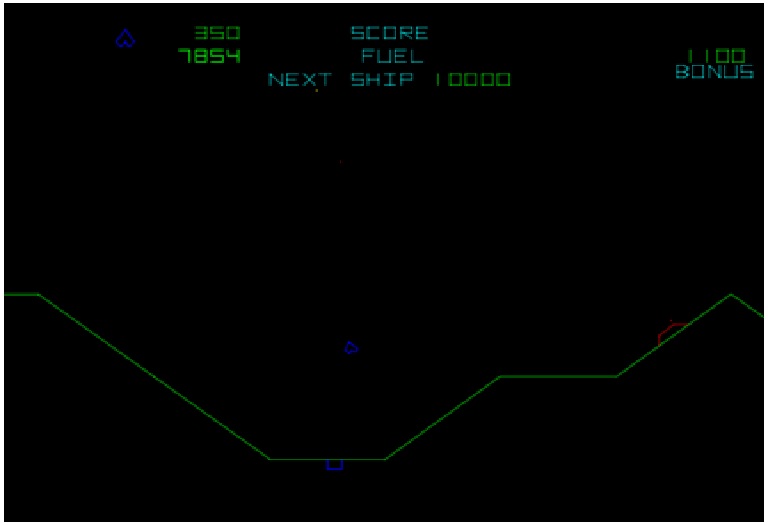