Here at PrimeTime Amusements, we definitely feel passionate about the world of Arcade Gaming. I mean, arcade gaming is our life; we’re immersed in it, we breathe it and, when we’re not too busy providing the best service to our customers, we enjoy a few matches on our favorite machines every now and then. Similar to us, there are many people around the world that thoroughly enjoy basking in this odd and quirky, yet very expansive world. You could even say that, in some cases, this industry has an important space in each of their lives. However, in this article, I aim to retell the story of the fateful night in which arcade gaming literally saved my life, as well as the lives of those few who were sharing a good time with me at the local arcade.

In the past decade, my country has been going through rough patches of political strife and economic recession. Basic needs are in shortage, public services no longer work like they used to, and every single product in the market costs way more than it should. You could safely say that there are far bigger concerns at hand than trying to find a place where I could take my fill of arcade gaming. But what the world fails to realize is that gamers possess true grit, and no amount of hardship can ever tear us apart from the entertainment we have grown to love over the past few years. Needless to say, as I pointed out in this article, gaming always finds a way.

That being said, arcade gaming is rare in my country. Places that actually deal in this business are few and far in between. Before the untimely demise of my favorite arcade, there were only 2 of these businesses in the state. Nowadays, there’s only one arcade that I know of, and this place has only driving games, a few skeeball machines, and a couple of ticket redemption games; none of which provide the adrenaline rush that is common in most heated Pinball matches, or on those moments where you manage to beat the champ’s high score in Pac-Man.

Up until last year, I usually calmed my hankering for gaming (arcade gaming, mind you, I got my fill of regular gaming at home) at a small arcade establishment, just 10 minutes from where I live. The place wasn’t pretty, at least on the outside. The front door of the arcade was marred by trash bags that the trash guys were supposed to pick up every night, but hadn’t for some reason, and the outer walls were covered with so much grime and muck that you could barely make out the sign of the business. If you are versed in Harry Potter lore, you could say that this arcade business was like The Leaky Cauldron and that only true wizards had the capacity to actually tell the place apart from the other businesses. 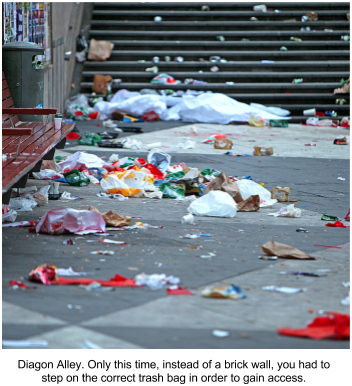 However, upon opening the front doors and walking through the threshold, you could actually feel the weight of the world lift from your shoulders, being slowly drowned out by the beeps and boops emanating from the sea of arcade machines waiting to be played with within. This place was like Nirvana for an avid gamer like me, and the other arcade-goers were as stereotypical as the ones in the movies: you could see the group of hardcore players on one side, flinging insults and playfully shoving each other as they tried to one-up the current high-scores. On the other side, you could spot the cool kids who only cared about showing off in DDR or other similar rhythm games. And, spread all around the game room, were loners like me, who just wanted to go there to have a couple of drinks, play a couple of matches and unwind from the stress of daily life. Truth be told, I wasn’t here to make any friends; I’m already well past the age of the target demographic, so I just wanted to share a few moments with like-minded individuals, and have some fun on the side.

And this is precisely what I did, at least for the short blissful moments that I was able to visit this place.

It was one particularly hot September night in 2016 when, as usual, I swept by the local arcade to have a few drinks, share a few stories with the manager, and fail for the umpteenth time to beat the Arkanoid high-score (the kid that set it in the first place was a real monster at that frickin’ game). The night was flowing like usual, with the hardcores  bickering about something that I fail to recall anymore, and there were a couple of cool kids rehearsing their choreographies before hopping on the DDR machine ( DDR is  serious business to these fellas). It was about 11:50 PM and I was about ready to pack up and head out for the day when one of the new arrivals caught my eye: It was a driving simulator, much akin to Gran Turismo, which immediately grabbed my attention due to its impressive graphics, and silky smooth framerate. Now, I’m not so big on driving games, but I am a “graphics” nuts, so I just had to give this machine a whirl. 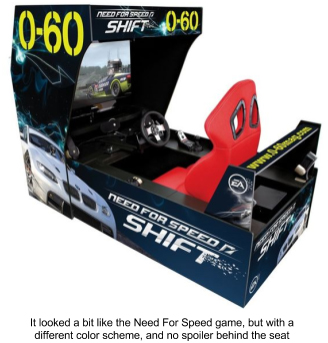 I must have been thinking aloud when I saw the new machine because, to my pleasant surprise, the manager walked up and asked me if I wanted to take [the machine] out for a spin. I obviously complied and proceeded to start up a game. Now, there had been something bothering me ever since I rolled up into the arcade that night: there was a pungent smell in the air, one that I quickly dismissed as something emanating from the bags of trash that were constantly littering the front door. Nevertheless, I quickly shoved my concerns aside and proceeded to enjoy a night of gaming fun. To my great surprise, the smell was not as harmless as I thought; it was coming from a leaky gas pipe in the neighboring house which, in true action movie fashion, proceeded to ignite and produce one of the biggest explosions I’ve seen outside of a Michael Bay movie.

The blast broke a big hole on one side of the arcade, leveled most of the machines and blew a bunch of gaming paraphernalia away. It also affected 5 other businesses in the shopping mall, broke several windows, and threw rubble all across the street. Luckily, there were no casualties, except for a security guard which sustained a few bruises and burns, but nothing serious. The arcade was pretty much empty, except for a couple of guys chatting and myself, firmly encrusted into the driving sim game (I’m a big guy). During the mayhem, I felt several pieces of bricks fly past me, but the fear of death was never so real than with a particular piece of debris, which struck the back of the machine, and went partially through the display; a few inches more and it’ would’ve hit me straight in the noggin, prematurely sending me into the permanent Game Over screen.

In the aftermath of the explosion, I couldn’t help but think that the machine that potentially saved my life was one that I would rarely play voluntarily. Still, the fact remains that arcade gaming allowed me to live another day and, while I sincerely hope that no one has to experience what I did, I wish that pursuing your hobby allows you to experience the joys that I get from gaming.

If you’re into arcade gaming, and want to stay on top of the latest updates in the industry, or are simply in the market for a specific machine, feel free to get in touch with us here at PrimeTime Amusements, where our team of seasoned agents are more than qualified to assist you in any matter. You may contact us via phone call at 1.800.550.0090, or visit us at 5300 Powerline Rd. Suite 210, Ft. Lauderdale, Florida, 33309.