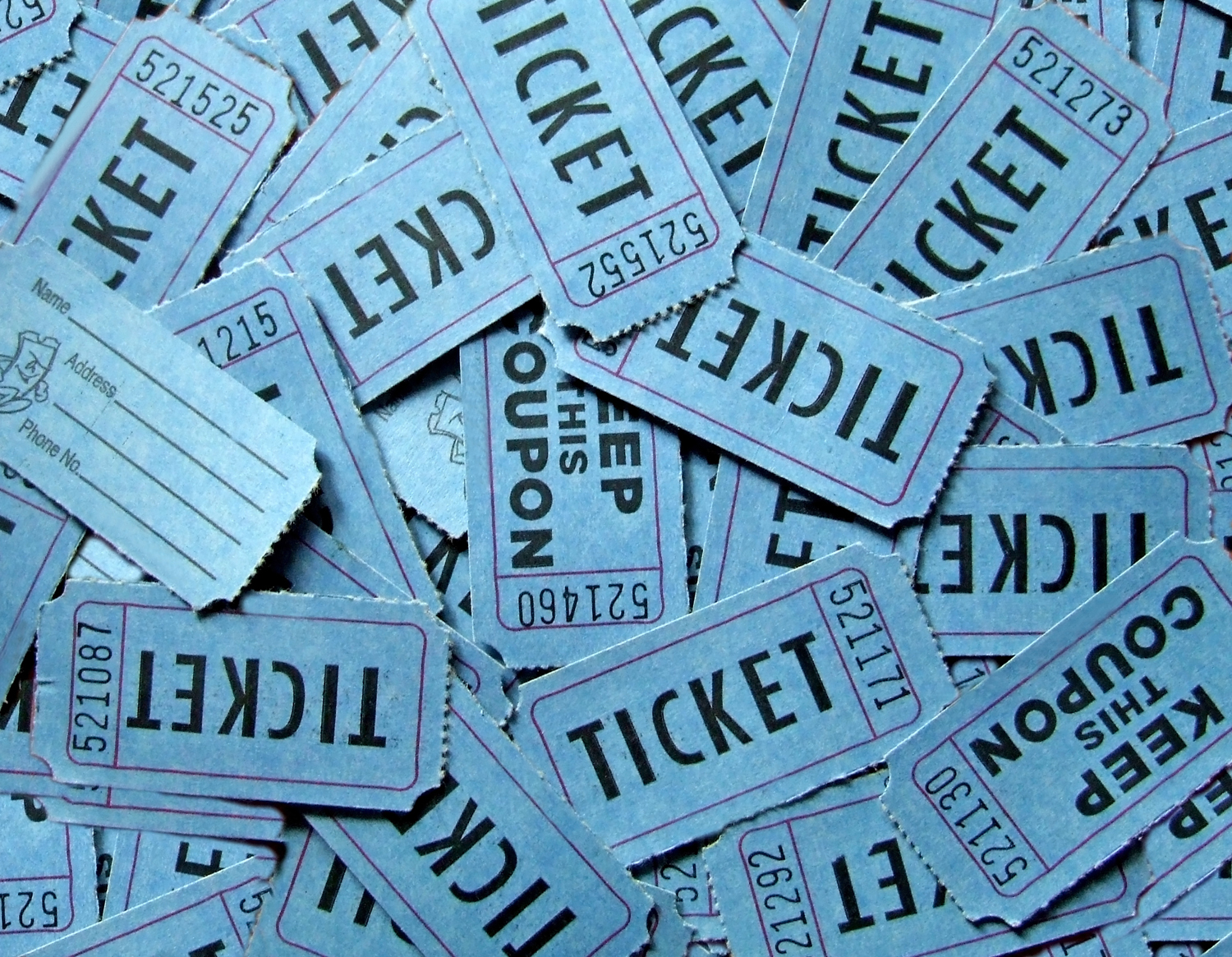 However, we realize that adding a ticket redemption feature to your arcade may sound like shooting fish in a barrel. After all, what could possibly be better than more people wanting to spend more money on your business? sounds like easy pickings, right? Well, yes and no. Setting up ticket redemption in your local arcade can really help drive up customer satisfaction – as well as your profits – through the roof. Nevertheless, you will still need to sit down and go over certain variables you’ll need to consider in order to make your ticket redemption service a great hit, instead of a boring, bland mess. Case in point, the most important factors you will want to consider are three: 1) the ticket redemption games you will want to feature on your arcade, and that will grant the players tickets for their efforts. 2) the types of prizes available for trading in the ticket redemption counter. And 3) the staff that will be manning the counter itself.

In this article, we will be briefly addressing the three variables mentioned above, and give a few tips that will help your ticket redemption feature provide more benefit than what it costs to set it up:

If you’re an arcade owner, you already know how your selection of arcade games and amusements can play a vital role in the type of crowd that your business will attract. However, ticket redemption games are usually geared towards the younger crowds, similar to most of the prizes that you will feature on your redemption counter (more on that in a second). That’s not to say that you shouldn’t mix it up, and provide games that also appeal to the older crowd.

The idea of redemption games is that they will reward the player with tickets based on their performance. These games usually consist of colorful graphics, and simple yet hard to master mechanics, in true arcade fashion. At the end of each round, an amount of tickets will be dispensed by the machine, which the player will able to take and keep so he can save up for a big prize, or to exchange it at once for a smaller reward.

Here at PrimeTime Amusements, we have a selection of video redemption machines, which consist of games for users of many age groups, and that reward them with tickets at the end of each round. In our video redemption section, we have a number of popular amusements available for sale, such as Fruit Ninja, Big Bass, and Kung Fu Panda Dojo Mojo, among others. We also have traditional ticket redemption games, which reward the player for skillfully performing physical activities with tickets. Such games include Skee-Ball, Whac-a-Mole, Alley-Oop, Bean Bag Toss, and many, many more. 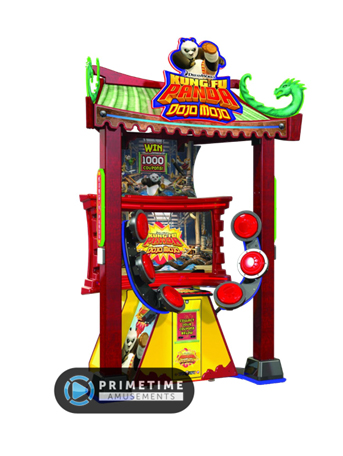 The idea is to include a selection of games that can appeal to the smaller kids – along with their parents – while also including a few others for the older crowd, such as video redemption games with mature themes, along with a couple traditional games, like the ones mentioned above.

Like the entry above, choosing proper prizes for your ticket redemption counter will mostly come down to studying your target demographic, and adapting to suit these numbers. For instance, if your visitors consists of 60% children under the age of 10, 20% children from ages 11-16, and the other 20% of teens ages 17+, then you’ll want to include prizes oriented towards smaller children, while keeping a few expensive prizes for the older children who are not easily impressed with small trinkets.

Some popular prizes for small boys may include novelty accessories, such as superhero-themed rings, and bracelets, or small toys such as Pop n Cars, and novelty dinosaurs. The crowds of small girls might have different taste, and may settle for items such as temporary tattoos, novelty jewelry, drawing sets, and a few other accessories, such as toy tiaras, princess crowns, and so on. The older children – both male and female – will have radically different preferences than their younger counterparts. While smaller kids are content to purchase these novelty prizes, the older crowd of kids and teens are not as easily swayed by colorful objects and small trinkets. For these types of customers, you will want to keep several high-value prizes in stock, some of which may include lava lamps, pop culture merchandise, popular board games, or even some expensive electronics, such as iPads, iPhones, or popular handheld consoles like Nintendo 3DS or PS Vita systems.

By having impressive prizes in your ticket redemption counter, your sales will go through the roof, as your customers will sink more and more money into ticket redemption games in order to save up for their preferred prizes. It goes without saying that the ticket price of the items must always exceed the cost of the prize itself, so that you can make profits from the games, while providing loads of entertainment to your customers.

Remember, the fun provided by your family entertainment center is what will keep the customers glued to your games. The fact that they can exchange their tickets for physical prizes is just the icing on the cake.

A common mistake that most arcade business managers make is underestimating the importance of the ticket redemption counter staff. Sure, this position seems easy enough to perform: take the customers’ tickets, and give them their preferred prize in return. Simple enough, right? If this is true, then we might as well assign the least-talented or newer employees to man the counter, right? Well, while the process of taking tickets and handing out prizes can seem quite easy to perform, there’s actually much more to manning a ticket redemption counter than that.

In most cases, the ticket redemption counter will be the last stop that your visitors will make on their trip to the local arcade. In this manner, it’s important that you are able to let them leave with a great impression of your business, which will make them, more often than not, want to visit again in the future.

Now that we have that implication clear in our heads, imagine the following: Little Timmy walks over to the ticket counter, frantically searching for a prize that he can purchase with the 75 tickets he earned. The thing is, like most kids are wont to do, Timmy doesn’t actually knows what he wants. We’ve all been there: as children, these decision were, at the time, the most important ones in our lives; we never could decide whether we wanted the toy Spiderman figure, or the Spongebob coloring set. Meanwhile, the employee is just sitting there, waiting for Timmy to make up his mind, while a crowd of other little Timmies start to gather behind him. A few minutes later, a long line of kids with their parents are standing in the redemption counter, slowing productivity to a halt, and leaving the grownups with a bad impression of your business.

With this example, it’s easy to see how an unskilled employee can slow productivity, and actually harm the reputation of your business in the process. For this reason, it’s encouraged that you set one of your A-Level employees to man the ticket redemption counter. This worker will preferably be able to get along with the children and sympathize with their plight of not knowing which prize to buy. If possible, the employee must not be ashamed to goof around with the prizes, performing tips and tricks with them, in order to garner the attention of the customers, and help them decide which prize to get. Furthermore, an A-Level employee will be able to generate a lasting impression on the customers he tends to. Imagine now that Timmy wants an 80 ticket toy, but only has 75 on hand. A good employee will still let him have the toy, because he knows that these 5 tickets won’t cause any harm to the business, but it WILL leave a lasting impression on the parents, as one of your employees went beyond the call of duty in order to keep the kids happy.

all of the factors mentioned above can really help to make the ticket redemption scheme of your business into a great hit. With one of these in your family entertainment center, you should see your profits blowing through the roof, and customer satisfaction will also stay high, as both kids and teens will want to earn enough tickets to purchase their favorite prizes, while having tons of fun in the process.

Here at PrimeTime Amusements, we’re always in the know when it comes to arcade businesses and amusements. We’re always available to assist our valuable customers in any topic related to the world of arcade games. If you want to ask about a machine in particular, or need to get in touch with our staff of knowledgeable agents, feel free to give us a call at 1.800.550.0090, or to visit us at 5300 Powerline Rd. Suite 210, Ft. Lauderdale, Florida, 33309.