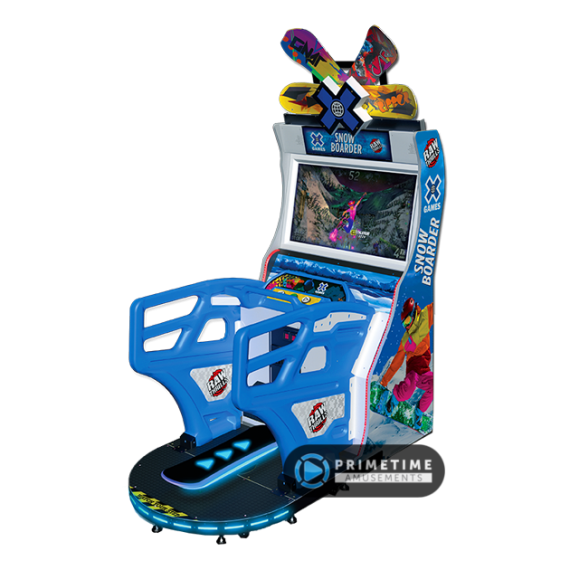 Prove your boarding skills on the slopes with X Games Snow Boarder, the true snow boarding simulator on the arcade market. Designed and produced by Raw Thrills.

While other games on the arcade market have dealt with snow sports (including snowboarding), none have done it quite like X Games Snow Boarder does. This gives the player a realistic snowboarder to stand on, controlling the game by pivoting and sliding. Solid & sturdy rails allow players to safely maintain their balance during each race and a blower built into the front console generates a realistic wind effect as you go. The game features three courses to select from and three snowboarders to play as; each athlete has five different snowboards that you can choose from. Link 8 units together for the ultimate snowboard competition!

Check out X Games Snow Boarder in action from our visit to IAAPA 2017. Available in 4K UHD!

– Graphics are displayed on a 47″ HD display; powered by modern PC hardware

– Sturdy safety hand rails on both sides and on the front

– Three levels to choose from; three characters to select along with different snowboards

– Link up to eight units