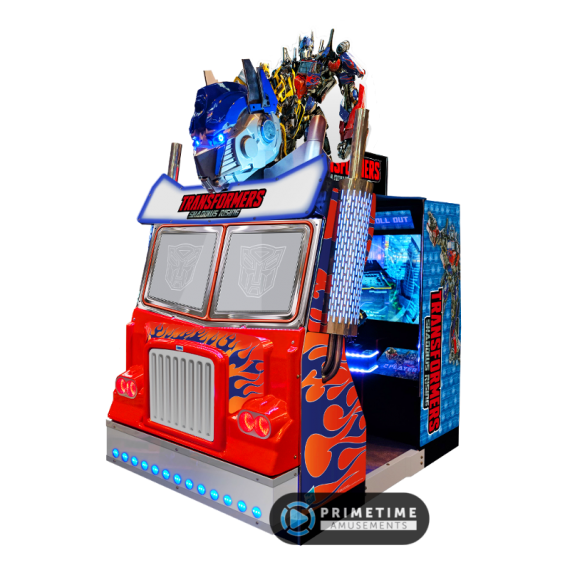 Join forces with the noble Optimus Prime and his stalwart team of Autobots in Transformers Shadows Rising by Sega Amusements.

Shadows Rising is a sequel to Sega’s Transformers: Human Alliance that was initially released in 2013. The evil Decepticons are at it again, this time trying to use the Dinobots as their pawns in the fight for world domination. Players will get to blast their way through four levels, which includes battles in China and London. Mounted gun cannons make it a breeze to control while Sega has added a new element to the mix – the Hypertech Energy lever. When a user shoots a glowing metal Hypertech cube, they are given the chance to either use a special attack or defense mechanism by pushing the lever either forward (Attack) or back (Defend). Players must decide what is best suited to the present situation. New weapons are also available to grab as you play by shooting down enemies glowing in blue. You can enjoy firing a laser cannon, chaingun, rocket launcher and more!

Check out Transformers Shadows Rising from the production run, as shown at IAAPA 2018. Video available in 4K UHD; follow us on YouTube for the latest arcade product updates.

Adding additional replay value to a high score, a new Achievements system has also been incorporated into the game, rewarding players with extra points for completing certain tasks. Thanks to the cutting edge graphics and rapid fire action, players will certainly want to experience this game over and over again!

– Fully licensed from Hasbro (owners of the Transformers property); launching before the new Bumblebee movie this Christmas. 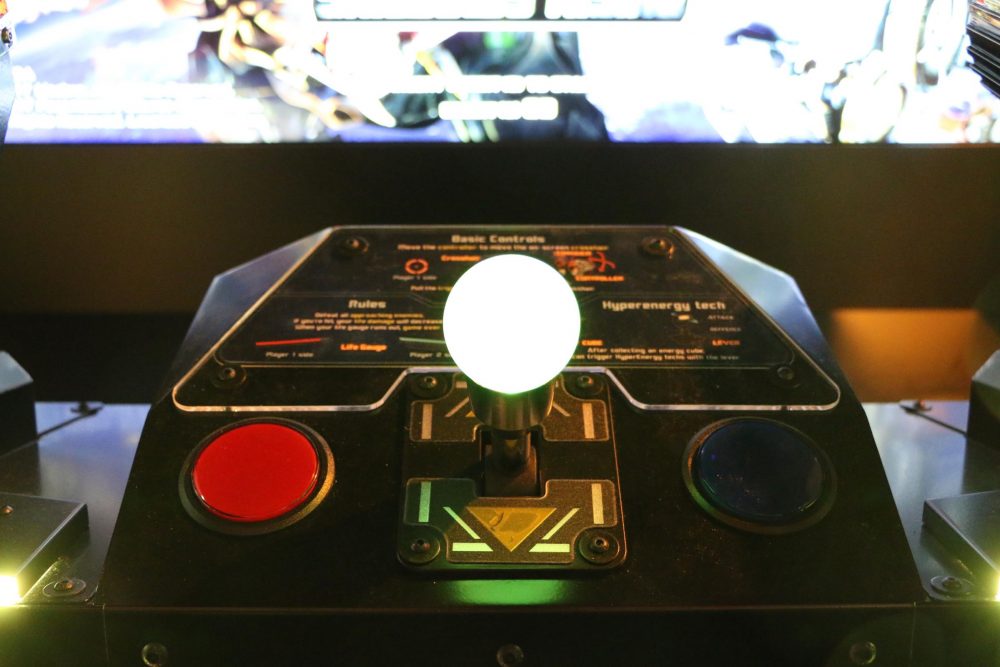 – NOTE: It is unknown at this time whether or not a Standard cabinet is in the works. Only the Deluxe version has been announced

This clip shows the near production run of the game as shown at Bowl Expo 2018 in Las Vegas.