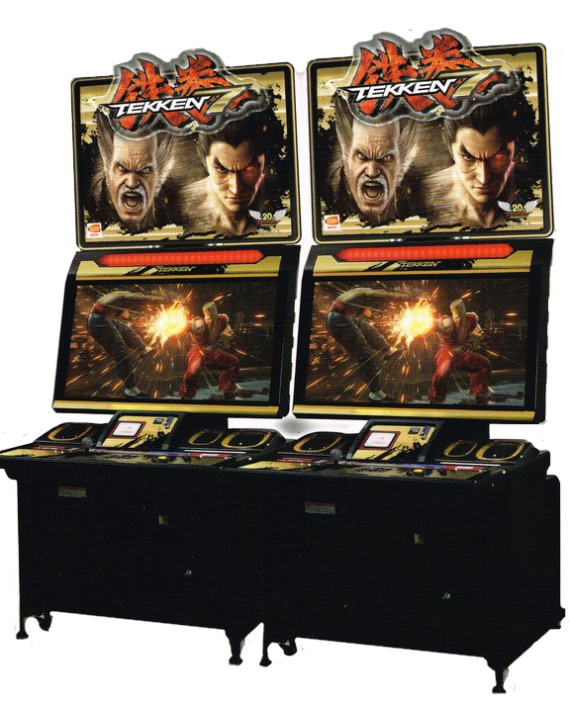 Namco has decided against releasing this in the United States

NO AVAILABILITY AT THIS TIME (July 2017)

July 2017 Alert – At the time of this writing, Bandai Namco does not have any Tekken 7 units available for purchase in the United States. If this situation changes we will update accordingly.

Looking for another popular Bandai Namco franchise that IS available in the US? Check out Maximum Tune 5!

PLEASE NOTE: Tekken 7 Arcade requires that two units be purchased and linked together (as pictured above). The game will not operate as a 2 player-on-1-cabinet game. It is 1 player per cabinet only. The player kiosk to customize characters is an additional cost and may not be available.

Tekken 7 is a fighting game developed and published by Bandai Namco Entertainment as the ninth installment in the Tekken series. The game is the first in the series to make use of the Unreal Engine.

The arcade version features the traditional stage-based playthrough, in which the player progresses by beating five different opponents one by one, ending with a fixed penultimate and final stage. Matches may be interrupted if another player joins the game. Online mode is available for both local and international play. Character customization is featured, allowing the player to modify characters’ appearances.[15] For the first time in the arcade series, the game features a practice mode, which allows players to train moves against an opponent for a limited amount of time, as well as an option to collect in-game rewards, mainly customization items, through “Treasure Box” by winning enough matches.