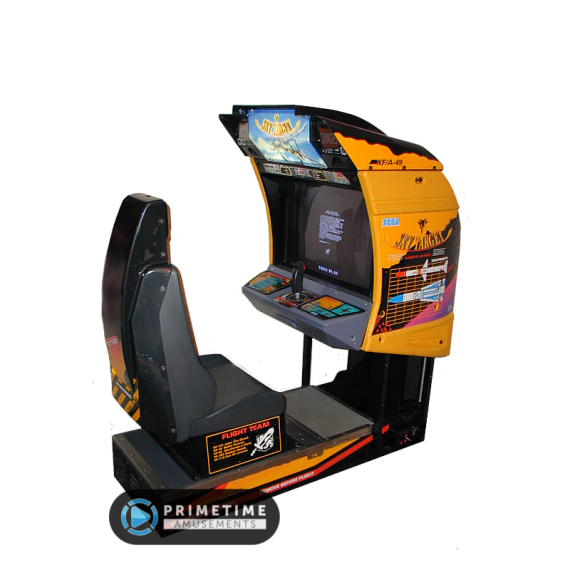 Go ballistic with Sky Target by Sega Amusements! This title is a part of Sega’s famous After Burner franchise, bringing it into 3D for the first time.

As you embark on this aerial assault adventure, use your ace fighting skills and nerves of steel to carry out an incredibly dangerous mission against a vicious enemy counterattack! Choose from from four different planes: the F-14D, F-15S/MTD, F-16C, or the Rafale M, each carrying equal and unlimited weaponry, so you can shoot to your heart’s desire. Blast through six missions along with giant bosses, racking up points by total hit and accuracy percentages.

– Part of the After Burner franchise, playing similar to games within the series

– Chose from four different planes; unlimited ammo allows you to blast away to your heart’s content

– Difficuly that appeals from novice to ace players

– Sega’s Sky Target is no longer produced, having been released in 1995. Please call us about availability. All used models pass through PrimeTime Amusement’s “Certified Pre-Owned” program, which guarantees that the game will be completely refurbished and ready to operate upon arrival.