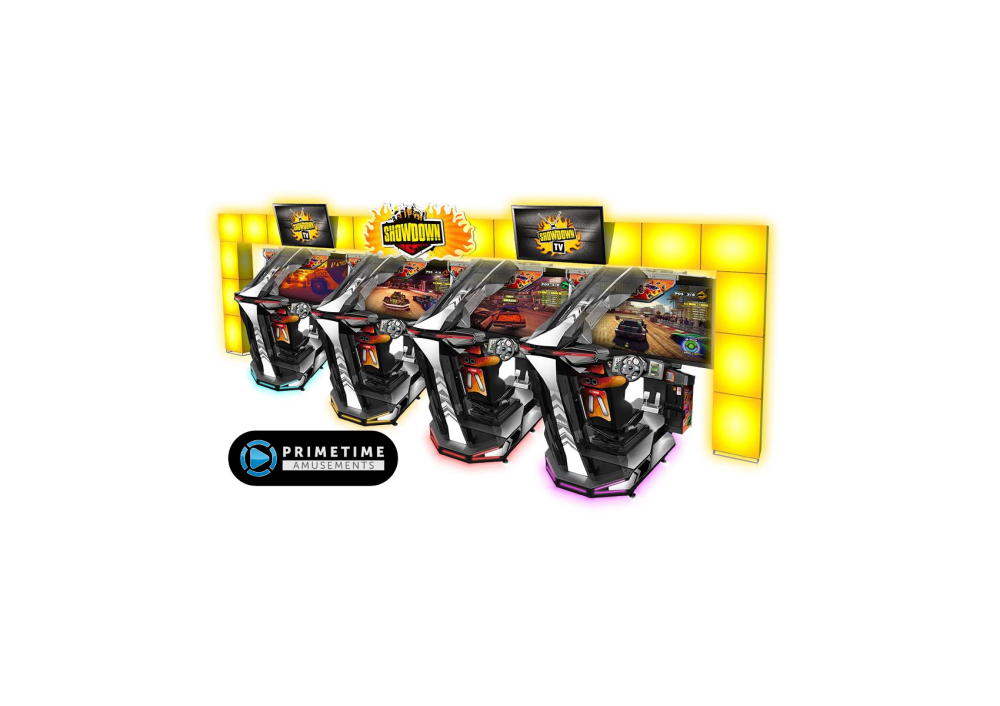 Sega Showdown is unique among racing games on the modern arcade market as it focuses on more than just racing – it is like having FOUR racing games in one with a strong focus on the demolition derby!

Based on the popular DiRT: Showdown by Codemasters (released for various modern game consoles), Showdown features various options as well as cutting edge graphics that will keep your customers coming back for more. As mentioned, there are four game modes built right into the game:

There is also a selectable “Tour” which allows a single player to race against 7 AI opponents over 3 of the Challenge events.

The game also features “Wreckage Radio” with adrenaline-pumping music that the player can change at the push of a button.

Check out Sega Showdown in action from IAAPA 2014 (video shows a prototype model with a curved screen; this screen was dropped in favor of a flat display)

Another unique feature that is a part of Showdown are the Bonus Codes. After each race, players are shown these codes on the screen that will remain there for 10 seconds. They can write them down or take a picture, whatever works best. They can then use those codes by using the keypad on the control panel to unlock new items, cars and tracks! Bonus Codes are automatically applied to the next game if the player chooses to continue. This is an excellent feature that drives repeat play.

– “Wreckage Radio”  – pick a great song to listen to at the press of a button; Super Deluxe includes a backlit LCD screen to show information for the radio.

– Share your best times on social media by scanning in the QR codes which are displayed at the end of a race!