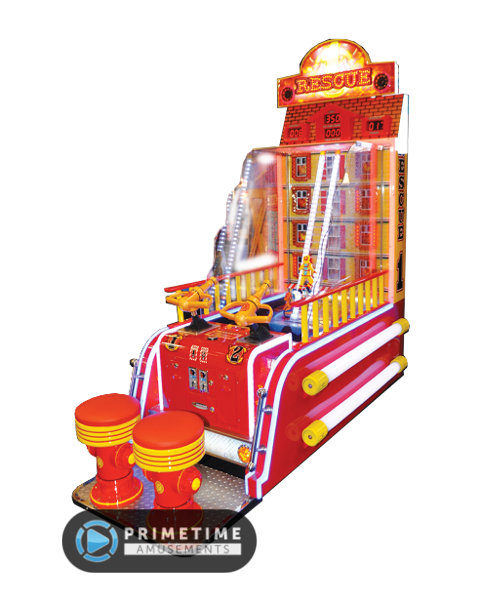 Featuring a fire engine theme, one or two players take a seat on the fire hydrant chairs and aim their fire hose guns at the lit targets on the building in front of them. By putting out the (fake) fires, which lit targets increase in speed as the game progresses, players win tickets. It’s simple fun that the whole family can enjoy.

Rescue 1 features a self-contained water system that is easy for the operator to maintain. The fire hose nozzle guns will automatically begin to fire once the game has been credited, so that players do not need to figure out a trigger or reloading system. If you are looking for a 2-player game with unique features, this is the game to get!

– Mounted guns keeps the action where it should be – in the game!

Check out Rescue 1 in action from this manufacturer produced video: