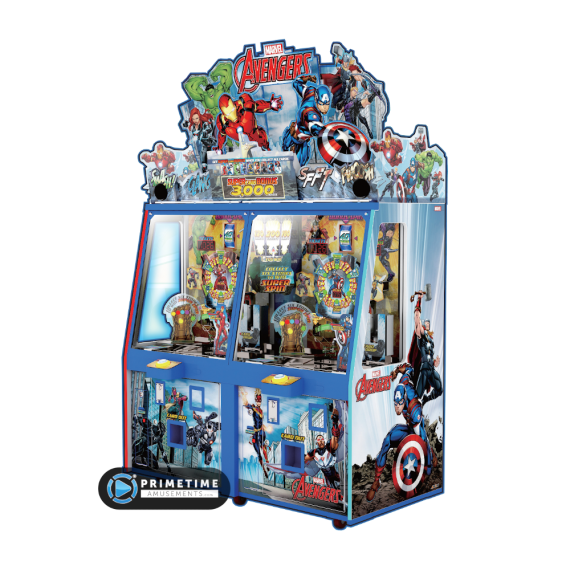 Give your location a boost with one of the most recognizable licenses in the universe, with Andamiro USA’s Marvel Avengers coin pusher game.

Based upon the record-breaking Infinity Stones storyline that dominated movie theaters, players fire tokens at a moving target wheel by pushing the button to time their shots.  You can win tickets and collectible cards as you populate the pusher playfield. Your ultimate goal is to push the “Infinity Stones” on the playfield off of the ledge. When one drops, players then get to play the Bonus Spin game. Push all six stones over the ledge and play the Super Bonus game to win big!

To further boost appeal in the game, players can collect up to nine, officially licensed Avengers cards. Keep the cards, or turn them into more tickets by depositing a card into an Andamiro Redeem Machine.

A non-card, ticket-only version will also be available!

– Officially licensed game, based upon the biggest theatrical story of all-time – The Infinity War

– Tested before the pandemic shut down locations around the world, the game immediately hit the #1 spot at the test locations

– Knock an “Infinity Stone” off of the edge to play the Bonus Spin; knock all six off to play for the Super Bonus