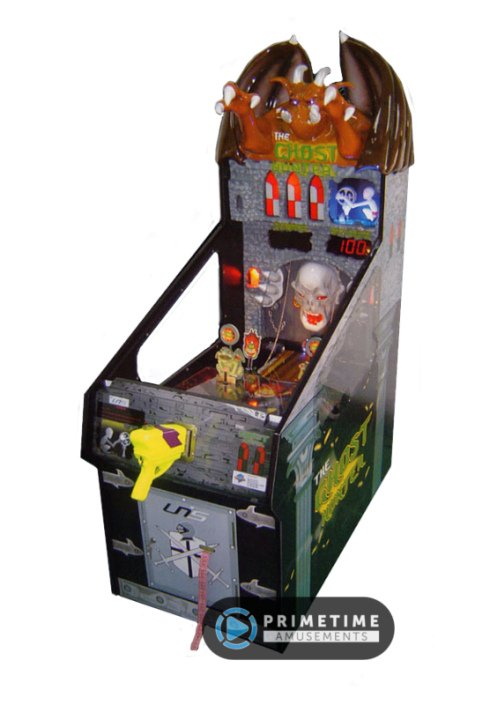 As the Ghost Hunter, it is your job to blast the gargoyle creatures that are under the control of the Castle Keeper. Said Keeper taunts & provokes you as you play while the gargoyles move around the swaying playfield. To blast the creatures, you load up to four coins into the swivel mounted gun, having full control over where and when you will fire. Ghost Hunter features fully adjustable time & target values, well illuminated targets using LEDs & extremely attractive 3-D characters, an animated castle with a moving drawbridge & fake fire torches accompanied by eerie music and sounds.

– Unique coin firing gun can hold multiple coins at once

– Bromley’s Ghost Hunter is no longer in production. Please call us about availability. All used models pass through PrimeTime Amusement’s “Certified Pre-Owned” program, which guarantees that the game will be completely refurbished and ready to operate upon arrival. Also ask about our game rentals!