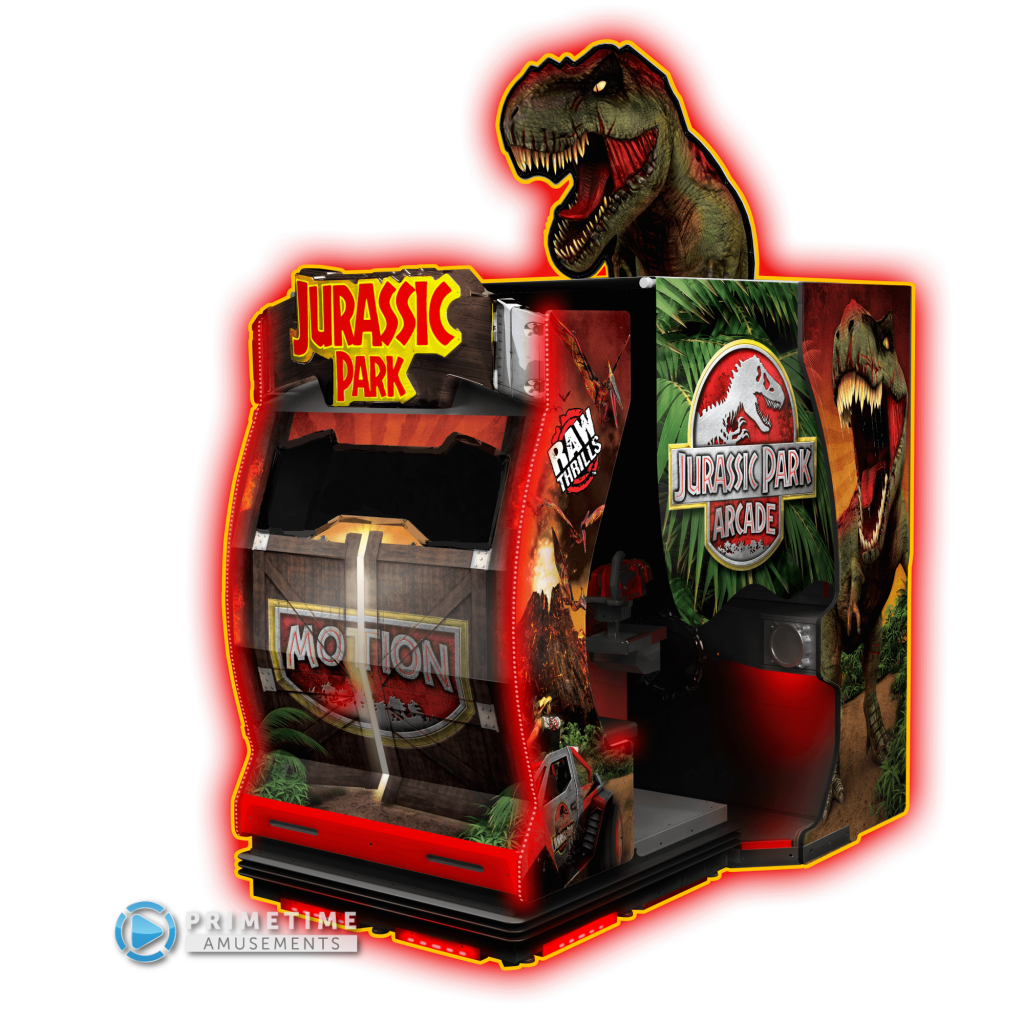 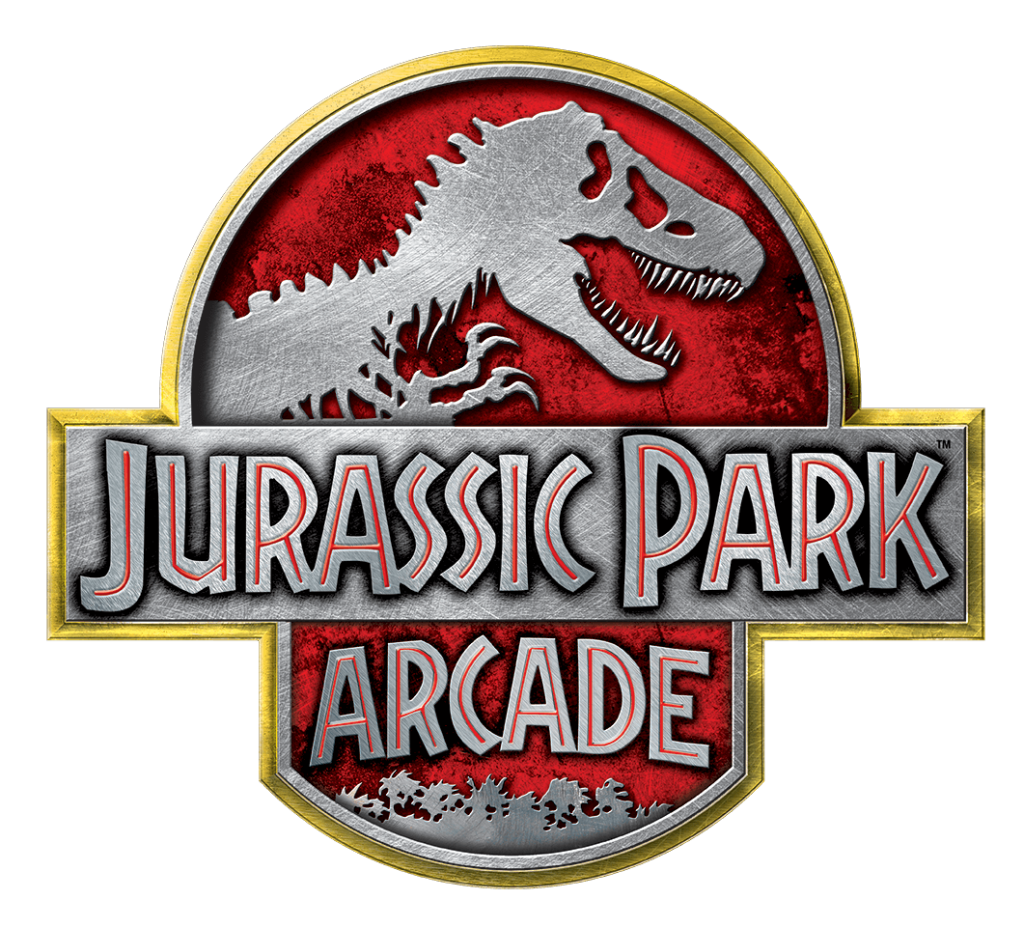 It’s not just wars in space that grab all of the attention these days, those extinct reptiles still manage to capture imaginations all across the world. With Raw Thrills’ big box video game based on the popular Jurassic Park license, you are guaranteed to excite players at your venue and get that investment back in no time.

Exclusive to this Deluxe model is Raw Thrills’ new motion system. Using air bladders and an air compressor, this provides spectacular motion effects that you will never experience from a home gaming unit. They also added a “thumper” effect into the seat so that you feel the stomps of the dinosaurs like they are really chasing you! The bladder system also means lower repair costs in the event that part of the system fails.

Don’t pass this one up – it has been the #1 video game in the industry since it launched in March 2015. Operators have praised it for it’s treatment of the Jurassic Park license, strong game play and fantastic earnings. Few video games on the market pay themselves off as quickly as Jurassic Park Arcade!

– Exclusive to arcades – not available on home console or mobile device!

– Capitalize on the timeless popularity of dinosaurs, boosted with the powerhouse Jurassic Park license

– One of the highest earning games on the market!

– Incredible environmental cabinet design feels like a Jurassic Park jeep under assault from a T-Rex!

– Raw Thrills’ Jurassic Park Motion Dlx is no longer in production, having been released in 2016. Please call us about availability. All used models pass through PrimeTime Amusement’s “Certified Pre-Owned” program, which guarantees that the game will be completely refurbished and ready to operate upon arrival. Also ask about our game rentals!