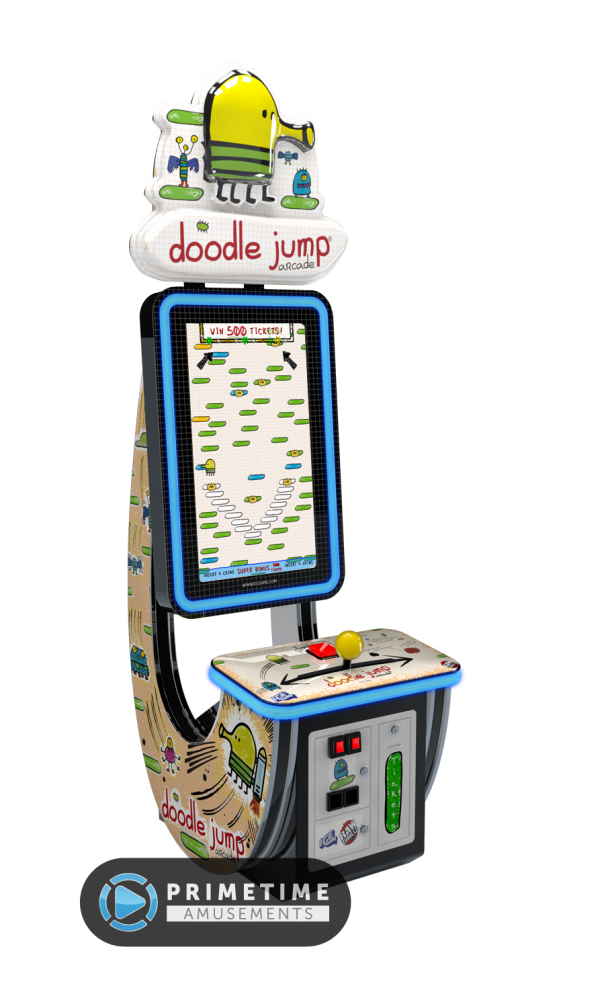 The global hit bounces its way into the arcade with Doodle Jump Arcade by ICE. With millions of downloads and stellar user ratings, this game is instantly recognizable in any location where it is found.

Thanks to the unique arcade features, players will be enticed to put the phone down and give this a spin. Featuring a 42″ vertically mounted HD monitor, vacuum-formed 3D game marquee, a multi-color LED monitor bezel, a large and smooth movement sliding joystick and the ability to win tickets, Doodle Jump Arcade is tough to pass up! 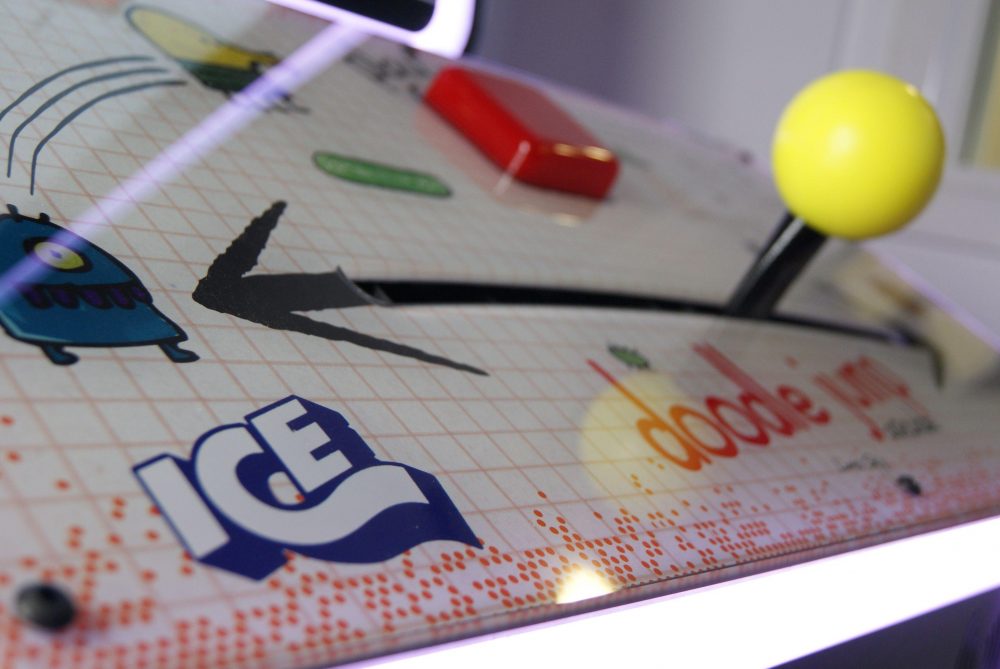 – Officially licensed app-to-arcade product based upon the top downloaded mobile hit Doodle Jump
– Same familiar gameplay, now supersized and with better controls
– 3 doodled levels to play
– Unique sliding joystick mechanism provides for incredibly smooth side-to-side movement
– 42″ HD monitor is vertically mounted to mimic the graphics format of the phone/tablet
– Operator adjustable difficulty & bonus tickets settings
– Multi-color LED monitor bezel creates an attractive light show both when the game is idle or being played
– Ships with a standard 2-slot coin door & ticket dispenser
– A “Gift Card option” version of this game was also produced but is harder to locate
– ICE’s Doodle Jump Arcade is no longer produced, having been released in 2012. Please call us about availability. All used models pass through PrimeTime Amusement’s “Certified Pre-Owned” program, which guarantees that the game will be completely refurbished and ready to operate upon arrival.

Want to see Doodle Jump Arcade in person? You can find it at the PrimeTime Arcade inside the X-Treme Action Park in Ft. Lauderdale, FL!