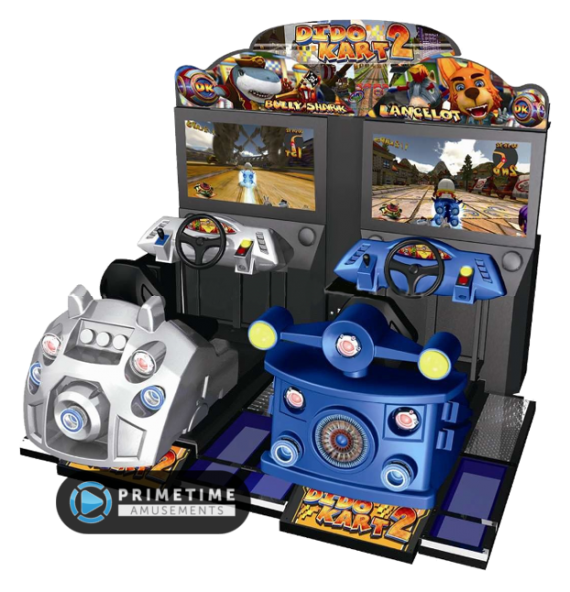 The cute, distinctive, and colorful animal characters from the world of Dido Racing are back with a few new friends to join them. Dido Kart II utilizes high-definition graphics, realistic physics, and new detailed on-screen character facial expressions to give this game a little more ‘character’. Race through vibrant, interesting worlds while using items you grab along the track to get ahead of your rivals.

InJoy has also engineered the game with their prominent force-feedback steering, a 2-Axis interactive orthogonal motion base and eye-catching LED Cabinet lighting. Thanks to the motion, there is no other kart racer like it on the market!

This game has also been produced in an AIR series model which features a more cost effective motion system.

– Sequel to InJoy’s Dido Kart, improving on various aspects including graphics and gameplay

– Family friendly theme that is perfect for kids

– Multiple characters and levels to chose from; six tracks total

– This model, the MDX-2, comes as pictured as a Twin unit. You can connect two MDX-2 units together for up to 4 player action

Check out Dido Kart 2 in action: