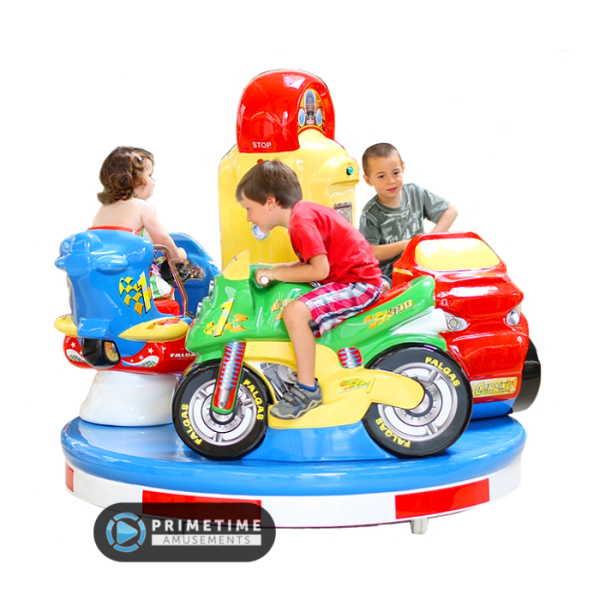 The Grand Prix carousels were designed in four different configurations: The Airplane model; the Car model; the Motorbike model and a Mix unit (this listing). This model features one of each of the other models,a single Airplane, Car and Motorbike seat. This variety allows children the chance to ride on something that might better appeal to them, each seat being comfortable and vibrant in appearance. The airplane and car seats have a moving steering wheel that the child can interact with while the motorcycle seat, uses a pair of handle bars that the child can use to hold on and lean into the ‘wind’ as their imagination takes over.

– Mix model – features one of each available seat!

– Steering wheels are attached to each seat excepting the Motorbike

– Also available with Car, Airplane or a mixture of the three seats