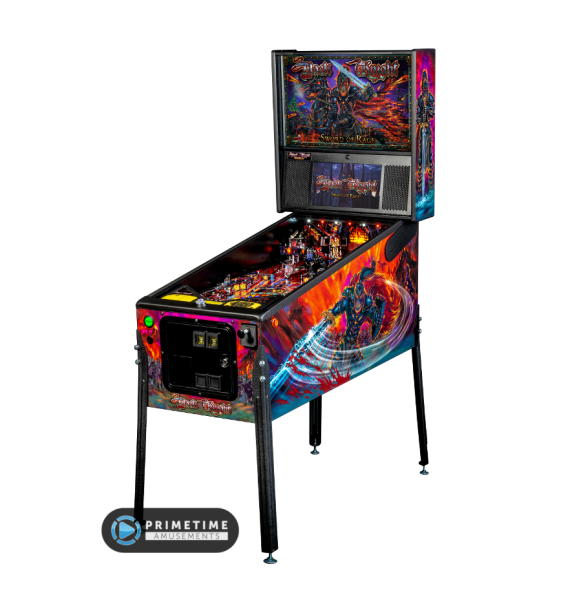 The Black Knight and the “King of Pinball” have returned with Stern Pinball’s highly anticipated Black Knight: Sword of Rage. This listing is for the Premium Model; you can find the Pro here.

The Black Knight series is well-known in pinball circles, with the original Steve Ritchie designed machine released back in 1980 by Williams. Williams and Ritchie also released a sequel in 1989 by the name of Black Knight 2000, making Sword of Rage the 3rd in line.

In this title, players finally take on the intimidating Black Knight, who towers over the playfield in the center of the game as a 3D toy. In his right hand he wields an impressive, spinning flail; in his left, a stalwart shield to block the player’s shots. This toy also features independently controlled LED lights in each eye, making for a striking character effect.

See the Premium model in action from this factory produced trailer!

All Black Knight models pit players against this evil creature and his skeleton army, as you attempt to defeat him and lay waste to his dark castle. They also feature the return of the “Magna-Save” feature, which allows players to capture a ball that will potentially drain by skillfully hitting the Magna-Save button; you also can access a “Retro Mode” that plays music from Black Knight 2000. Each model also features pinball staples like ramps, pop-bumpers and a dazzling multi-color LED light-show.  Here are the basic game rules: 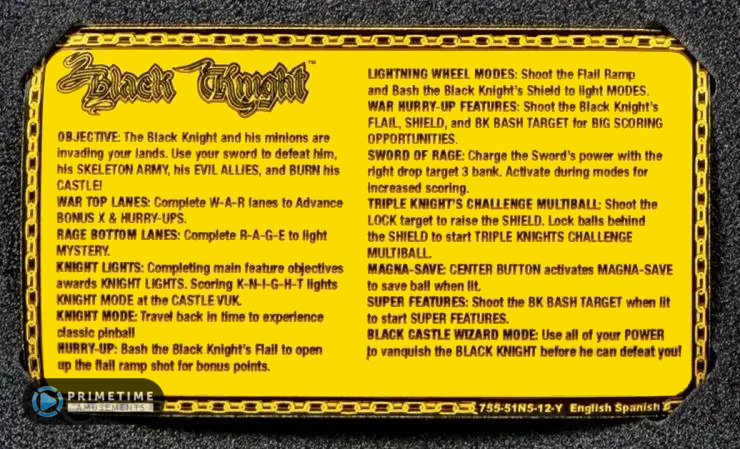 The Premium & Limited Edition (LE) models include extra features that are not found in the Pro, to make for a more complete experience. The primary difference is the inclusion of a clear Lexan upper playfield. This allows you to see the pop-bumpers below, while getting a 3rd flipper and additional targets/shots in an experience similar to the original Black Knight games. This area also includes a 3-ball multi-ball catapult lock mechanism.

– A return to a beloved classic, fully licensed from Williams & designed by the original Black Knight creator, Steve Ritchie. 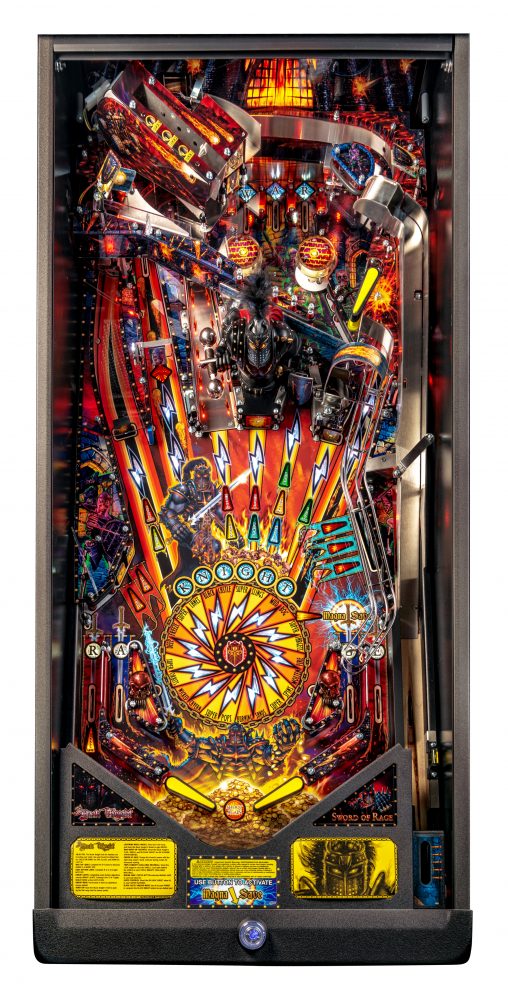 – Intense medieval theme with a rocking soundtrack composed and performed by guitarist Scott Ian of Anthrax.

– Click on the playfield image for a larger view! ->

– Also features a “Retro mode” where all of the sounds and music comes from the classic Black Knight games!

– Powered by Stern’s SPIKE-2 hardware system, which includes a 3 channel sound amp and line out.