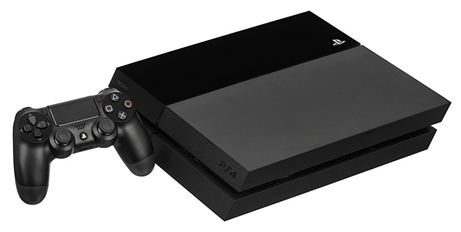 Even though they are suffering from diminishing returns in terms of visuals, the video game industry is advancing as fast as ever. The success of many recent games such as the most recent God of War, Monster Hunter World, and Final Fantasy XV, among many others, is just a testament of the potential with which game devs tinker on a daily basis. Even Nintendo & Square Enix are killing it with Octopath Traveler, a JRPG released on July 13, and is selling extremely well for a game of its kind.

In the same vein, the PlayStation 4 is home to many classics which, since its launch in 2013, has catapulted itself into the highest popularity ranks in the world, alongside Nintendo’s 3DS, and Microsoft’s Xbox One a short ways behind. However, while the console is still alive and kicking, fans and tech consumers alike are wondering when we’re going to hear news about the next console installment. After all, while the games are definitely fun with their innovative mechanics and engaging narratives, the console is starting to show its age with its limited graphics capabilities, and slow loading times which, for some people, is enough to shun it and stick to PC gaming. This has been partially abated with the release of the PlayStation 4 Pro, which allowed many games to enter into the realm of 4K gaming but this was only a stop gap to what will be the PS4’s true successor.

For this reason, the internet has become restless of late, filled with rumors and speculation about the PlayStation 5. While Sony and various affiliated game developers have either been silent or have outright denied the claims brought forward by internet wizards, this does nothing to stop the masses from speculating.

In this article, we aim to neatly compile the rumors about Sony’s (possibly) upcoming console, as to give gamers an idea of what (possibly) could be in the works at Sony HQ.

Let’s first consider the release date of the most recent consoles, starting with the PS4. Sony’s console was launched in late 2013, with great success due to their launch titles such as Battlefield 4, Call of Duty: Ghosts, FIFA 14, and Killzone: Shadow Fall, among others. Then, 2 years later, Sony released the upgraded version of their console, the PS4 Pro, with 4K video capabilities, and increased performance in most games, and was also well-received. Meanwhile, their competition also released their own improved and new consoles. The Xbox One X, while also featuring vast improvements over its previous iteration, lacked the support of exclusive titles, which condemned it to the last place in terms of popularity. Furthermore, Nintendo released their Switch back in March 2017, which has gone to become the fastest selling console in gaming history, aiming to dethrone Sony’s PS2 and Nintendo own Wii in terms of overall sales records.

Due to this release schedule, rumors the PS5 being launched at sometime around 2020 have begun to surface, though important sources like Kotaku have reported that, for some time, these whispers have been dying down. The gaming journalist website has neither confirmed confirmed, nor denied the rumors themselves, but they were quick to laugh at the idea, however.

Furthermore, considering that there are still some high-profile games scheduled for release as far as 2019, it’s odd to consider that Sony would be working on a new console behind the scenes. If there truly were to be a 2020 PS5, it would have to be in at least Q3 or Q4 of the year, as there is still much life left for the PS4, if this year’s E3 was any indication.

Only the most far-fetched speculators have dared to dabble in the specifications of a hypothetical console. Some even claim that the developers currently have access to a devkit of the thing. However, considering that modern games are developed on normal PCs using the same GPU and CPU present in the console, this idea might not be so crazy, after all. Nevertheless, if these rumors were true, the specifications of said consoles would certainly be a well-guarded secret.

Some reports have claimed that someone in Sony might be working with an AMD Ryzen CPU, which suggests that this component might be powering the PS5 somewhere down the line. Nevertheless, while this person might definitely be working on something unrelated to the console, it’s still worth keeping in mind.

It’s very possible that, with the release of the Xbox One X, Sony would be pushing for the big guns, and aim to outperform what is possibly the strongest console, to date. In this sense, 4K visuals are practically a given. However, if Sony wants to continue their forays into VR Gaming, it’s likely that they will need to release a beefy console in order to make more games available for this platform.

This past May, PlayStation CEO John Kodera made a statement claiming that the next Sony console was still a ways off. On this same occasion, the executive also mentioned that they will not showcase a new console in this year’s E3 (which they didn’t) and, instead, that they would be focusing on showing new games (which they did). However, this statement is something that must be kept in mind, as these corporations are known for denying claims, only to have them come true shortly after. 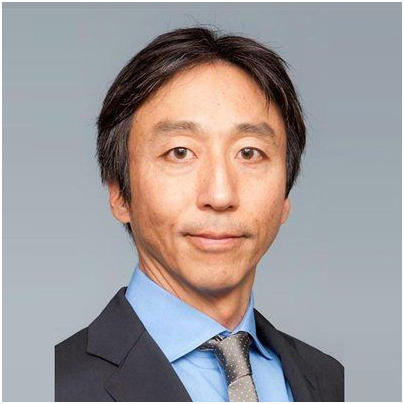 Furthermore, in the same vein as the PS5 devkit leak, on which a notorious games leaker, Marcus Seller, insists, this rumor could actually have some truth to it. One of the largest game developers in the current market, Bethesda Softworks, announced their newest installment in the Elder Scrolls series, alongside a side project called Starfield, in this year’s E3. Now, both of these titles are still very far away from launch, which might suggest that the company is working with the PS5 devkit, and the games are scheduled for launch on Sony’s next-gen console.

Regardless of the rumors, we’re still excited about what the PS4 has to offer. There are multiple games such as Kingdom Hearts 3, The Last of Us 2, Battlefield V, and Call of Duty IIII [sic], for which we’re genuinely excited for.

While a new Sony console would definitely be something to write home about, we’re still happy with what we have at the moment, and we intend to enjoy every single second that we spend gaming on these consoles.

Except for when we get 360 noscoped by a 12-year-old. Screw those guys.