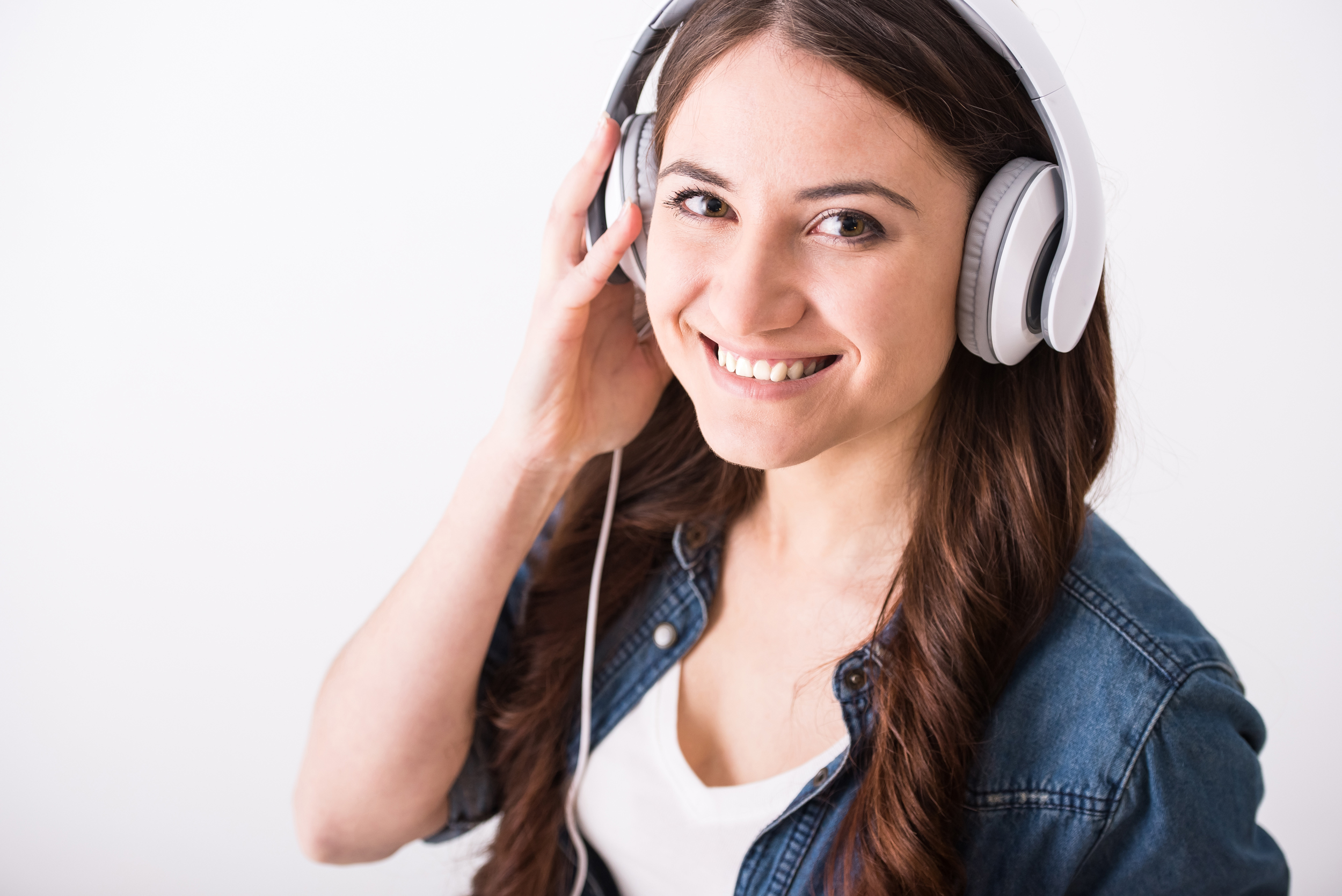 Arcades are truly fascinating places. Within the confines of these sanctuaries for gamers, we are presented with a wide variety of games, amusements, and light shows, complemented with various types of junk foods and beverages, turning each visit to any of these establishments a truly magical experience. There’s a reason that, when presented with the opportunity to choose, every 90’s kid would want to spend birthdays, celebrations, and other special occasions in one of these places; there are seldom other establishments that blatantly pander to kids and teens as much as arcades. However, between the flashy colors, the cacophony of video sound effects, and the hectic coming-and-goings of arcade-goers, there is one very important element of the video games featured in these places that often gets overlooked; the music.

The very first generation of arcade games – and video games in general – were severely limited by the hardware that they used to power their experience. The first game soundtracks, such as in the Sega racing game The Fonz, had to ‘cheat’ and use 8-track tape players to play tunes. Not long afterwards, soundtracks were created mostly with the use of sound synthesizer technology. Since the hardware limited in great degree the amount of liberties the developers could take in terms of sound design, they had to get really creative when it came to creating engaging musical scores for their games. The very first iteration of video game music was called “chiptunes”, and made use of simplistic melodic styles, complex with the musical arrangements typical in modern music to create the sounds that the user will be listening to as he explored each levels of any given game.

However, despite the great lengths that each developer had to go in order to create engaging musical soundtracks for their games, the music was usually an element that was vastly overshadowed by the game’s mechanics. It is only logical, after all, given that the gameplay mechanics were very innovative, that the users would focus more on them, instead of on the music complementing the gameplay. Still, the sheer creativity that the developers had to employ in order to come up with the soundtracks that, by now, are a vital part of today’s gaming culture deserves to be applauded.

As we mentioned above, the early iterations of video game music came in the form of chiptunes. As video games were climbing in popularity as mainstream entertainment mediums, there was a rise in the demand of quality music to complement their gameplay. During the second generation of consoles in the late 70’s, the music was still stored in physical mediums, such as cassette tapes and phonograph records. However, these components were very expensive and prone to breakage, as well as other types of damages when it came to arcade cabinets, which created the necessity for other types of methods to reproduce music on the fly. The next big innovation in terms of video game music and sound effects came in the form of digital means which, via the use of a specialized computer chips, allowed the music to be encoded into electrical waves, which were then transformed into sounds for output on a speaker. The sounds that could be generated in this manner were extremely limited, so developers would use looping scores, and simple sound effects in the vast majority of the titles during the early 80’s. Pac-Man’s intro music and sound effects are a good example of early chiptunes, as the only music in this game consisted of the short melody at the beginning of every stage, as well as the various sounds Pac-Man makes during each match, such as when he’s eating dots, eating ghosts, picking up a bonus items, or when simply walking around the maze.

Nowadays, most hardware limitations are gone, and developers can truly get to experiment with the types of music and sounds effects they can add to their games. A great amount of modern games even use orchestral or other types of complex musical arrangements in order to create their scores, with great results. For example, one of the most popular series of games when it comes to stylish music and art is, hands down, the Shin Megami Tensei’s Persona series. This series uses stylized designs and a wide variety of musical styles to really set the mood of the game’s argument, and transport the player into the role of the game’s blank slate protagonist. When comparing the music and sound effects of this series’ most recent game, Persona 5, you could really say that video game music has really come a long way, at least in terms of complexity.

However, regardless of its complexity, ever since video games started rising in popularity, the music has always played a vital role when it comes to complementing the gameplay, and creating in the player the emotions that the developers intended for them to feel in various parts of the game. For example, can you imagine Frankenstein’s Monster for the Atari 2600, one of the first horror video games ever, without its iconic sound effects every time the Monster wakes up and you get a Game Over? Suddenly, it doesn’t seem so scary without the jarring sounds that complement the Monster slowly walking towards the screen.

In games from genres other than horror or survival, the music can really help to set the tone for the emotions that the player is supposed to be feeling. This is illustrated to great extent in the very first stage of Sonic Adventure 2 Battle for the Nintendo Gamecube and Sega Dreamcast consoles, where the titular Hero Hedgehog busts out of captivity, jumps from a moving helicopter, and careens through the city on a makeshift snowboard made out of that very same helicopter’s wings. This singular turn of events is complemented with one of the game’s most famous songs, which really helps to accentuate the speed at which the player moves throughout the whole stage. In fact, the song has gotten so popular, that some gamers have fond memories of the game only because of it, considering that the game itself was arguably nothing special gameplay-wise.

As a medium to elicit emotions within the players, video game music plays a vital role which, for the longest of times, has been criminally overlooked. Some early examples of music in the video game industry were so impressive that they spawned a legacy which still lives on to this day, in the form of modern games that utilize their very same musical style, with the only difference of not being limited by the dated hardware. Chiptunes still lives on to this day in some games, with great effect. Games like the very acclaimed Undertale, which make ample use of chiptunes in most of their soundtracks. The masterful arrangement of synth sounds make for a very impressive way to create music, even to this day, and can still help to set the mood for each part of the game. For example, the following song is used while fighting Mettaton, which is an interesting robotic character, and one of the game’s most popular bosses. The arrangement of a heavy metallic bassline, combined with the curious beep boops that make up the song’s main melody clearly help to drive the point that we’re up against a dangerous mechanical enemy.

Similarly, some games such as those from the Final Fantasy series also make use of complex orchestral arrangements to create some truly impressive and epic soundtracks. The Final Fantasy Tactics spinoff on Playstation 1 of this series is particularly famous for its orchestral arrangements, which were then employed in each subsequent games that were based in Ivalice, one of the series’ iconic continents.

Whether we’re talking about old school games, or the newest iteration of Super Mario Bros. video game music has – and always will – play a vital role when it comes to setting the environment, and getting the player really immersed in the matter at hand. Luckily for us, video game music seems to be aging like fine wine; getting better and better with each passing day. We look to the past with fond memories of those early video games, while experiencing firsthand the pleasures of modern video game music.

Do you think video game music deserves the fame it gets among the crowds of gamers? Let us know in the comments!

Here at PrimeTime Amusements, we are passionate about all-things video games. Our team of knowledgeable agents are prepared to lend assistance in any matters related to the marvelous world of arcade games and amusements. Are you looking for a machine in particular, or simply need to set an inquiry with our staff? Feel free to give us a call at 1.800.550.0090, or to visit us at 5300 Powerline Rd. Suite 210, Ft. Lauderdale, Florida, 33309