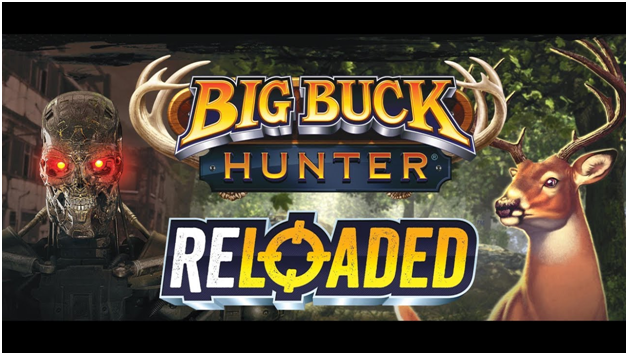 Last month, we wrote about Golden Tee and how this game reinvents itself with every yearly iteration. However, just like the popular golf game that has amassed a global following throughout its time on the market, there are other games that have risen to the ranks of esports and that offer several iterations each with new features and improvements. Of course, we’re talking about none other than Big Buck Hunter which, as its name implies, is all about hunting deer to rack up points and outshine the competition.

For those who don’t know the franchise, Big Buck Hunter derives inspiration from some timeless classics such as Duck Hunt on the NES. In fact, the main premise of the game is very similar to the NES title, but greatly expanded according to the standards of modern gaming. The main objective is to hunt the correct animals while avoiding shooting the others(shoot the bucks, avoid the does; the latter equals an instant round over). Points are calculated by accuracy, shot distance, weight of the buck, with “critters” thrown in for bonus points. The occasional Dangerous Trophy helps keep players on their toes.

In true arcade game fashion, Big Buck Hunter is very easy to pick up and play, but also offers a very tough learning curve for those who really want to get into the competitive aspect of the game. Every stage starts with the animals walking around the wilderness, grazing, unsuspecting. After the player delivers the first shot, however, all hell breaks loose as the remaining animals start running away. The player must then hunt the remaining animals while taking care not to shoot any of the wrong fauna in the ensuing kerfuffle.

Considering the skill ceiling and learning curve, as well as varied gameplay (no two rounds ever go down the same way since the animals’ movements are very erratic) It’s easy to see why Big Buck Hunter has earned a spot as one of the most popular esports in the arcade industry, and why the development team behind the title reinvent it every few years.

Fair warning, we still don’t know much about the newest iteration of Big Buck Hunter, Big Buck Hunter Reloaded, since there still hasn’t been any official information released. There is, however, an awesome video trailer that showcases a bit of what we can expect to find in the new version.

Suffice to say, this is the single largest update that the series has received since the upgrade to HD in 2012. Big Buck Hunter Reloaded graces us with myriad features and gameplay additions, including the debut of a new weapon type, the crossbow. While in the trailer this weapon seems to handle similar to the standard hunting rifle, we believe that it’ll be more challenging to operate at longer distances since the crossbow bolts seem to drop considerably more than the standard rifle bullets mid-flight. This new weapon might radically alter the way this game is played, and might even spawn a whole different category of competitive events; but don’t quote us on that just yet!

Another addition we could glimpse from the trailer are several new game modes, including a crossover with Terminator named, “Terminator Salvation Delta Mission,” as well as a Jurassic-Park-inspired adventure called “In Case of Monsters: Lost Island.” Now, if you want to take a few seconds here to let that sink in, go right ahead. And no, you didn’t read that wrong; you’ll be shooting and gunning down Terminators, Bigfoot, dinosaurs, and all sorts of beasties in the newest version of Big Buck Hunter. If you’re not sold yet, then you’re one tough customer! 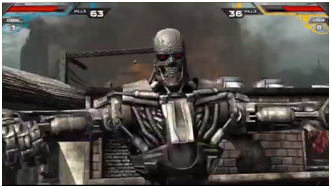 While these game modes are enough to convince most casual gamers to give this game a spin, the Big Buck Hunter pros might need a bit more nudging. Luckily, this update brings additional rebalances to the scoring system. We’re guessing this change is to make it more balanced for all players across the globe. The last time a change like this was implemented was back in 2012 when they altered how tournaments were handled.

And speaking of veteran players, this version includes an “Express QR Code Login” feature through which, as its name implies, allows players to quickly verify their identity and load their scores with the swipe of a QR code on the reader. This feature will likely come built into the new cabinet design. However, those who are not planning on upgrading their setup with a whole new cabinet will be glad to know that this update is fully compatible with all Big Buck Hunter HD machines. Operators and users who already own one of these cabinets will be able to easily update their game to enjoy all the new features and improvements. 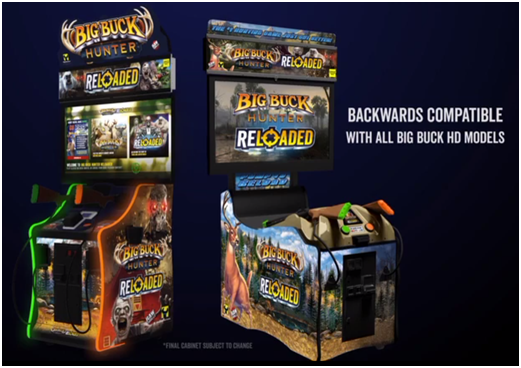 However, those who want the full experience and want to purchase the new cabinet will have to wait a bit as Raw Thrills has only shown us a sneak peek of the new design and hasn’t actually shared any pricing or shipping info. Furthermore, they’ve only given us a slight hint as to when the actual update drops, which is sometime in 2020. Nevertheless, we’re already excited to get our hands on the newest Big Buck Hunter Reloaded. How about you? What part of this update excites you the most?

Getting Good: Nightmare in the Dark