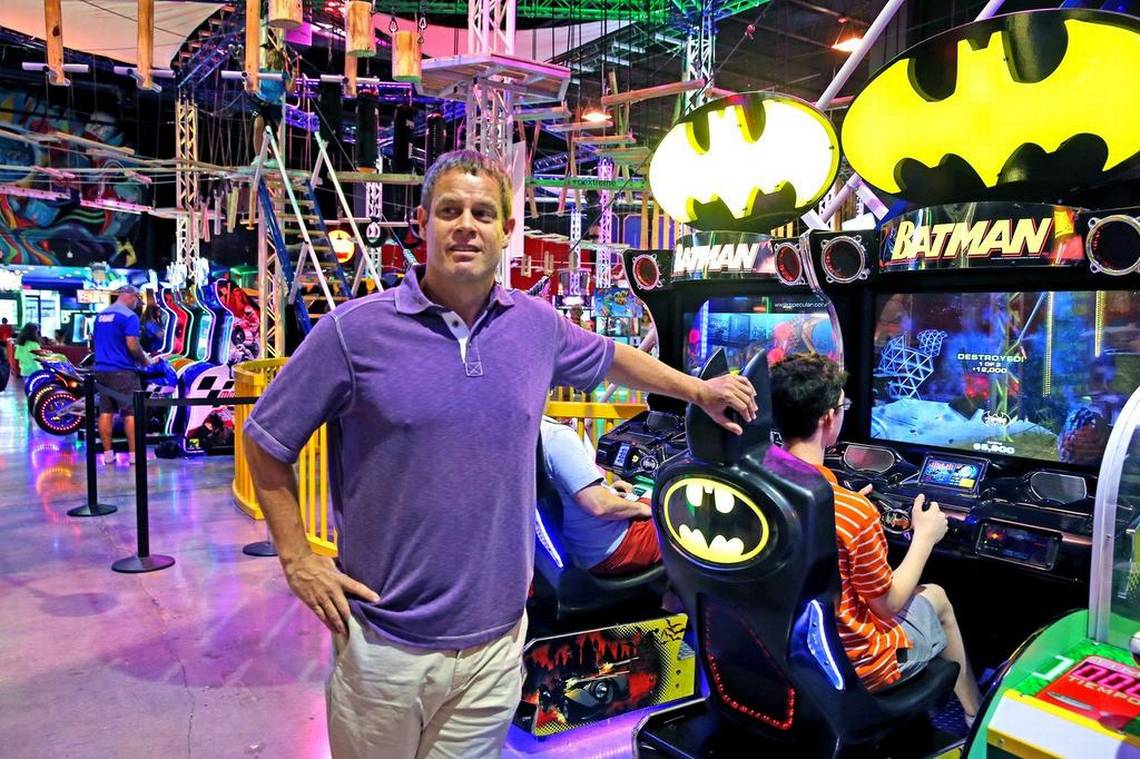 If you’re looking for a good time, David T. Goldfarb’s got game.

Lots and lots of game.

More than 2,000 games, in fact, from Ms. Pac-Man to claw machines to pinball. He’s got ice skating rinks, bowling alleys and go-karts.

Goldfarb is founder and CEO of PrimeTime Amusements in Fort Lauderdale. The company rents and sells arcade games, creates themed entertainment spaces and operates its own entertainment complexes in Florida and New Jersey. Clients include Universal Studios, the world’s largest McDonald’s and Bird Bowl Bowling Center in Miami.

About four years ago, the company partnered with Hershey’s Ice Cream to open the Shake Shoppe Arcade on the boardwalk in Seaside Heights, New Jersey. Two years later, PrimeTime opened another in Orlando. In 2015, the company took on partners to open Xtreme Action Park in Fort Lauderdale, with bowling, skating and a trampoline park and space available for a birthday party in fort lauderdale. At 230,000 square feet, it’s the largest entertainment center in the country, Goldfarb said.

But being in the business of having fun isn’t a laugh a minute. In fact, when asked to name his favorite game, Goldfarb was at a loss.

“I’d be lying if I named one. People think this business is all play,” he said. “It definitely looks like a lot of fun, but it’s a lot of hard work.